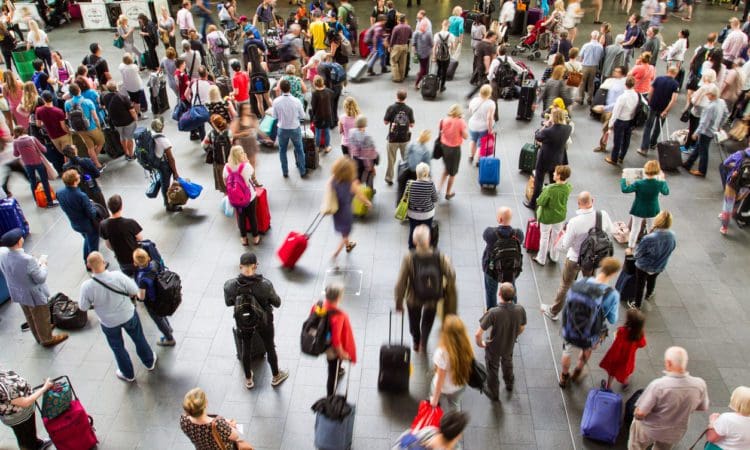 A fuel tax should be imposed on domestic flights to fund a freeze in train fares, a pressure group has said.

Campaign for Better Transport said taxing jet fuel at the same rate as petrol and diesel for motorists would help cut carbon emissions from aviation and raise £1.53 billion per year.

That money would be enough to scrap the next annual increase in the cost of rail travel, the group said.

Campaign for Better Transport listed more than 40 countries that tax kerosene on domestic flights, such as Australia, Canada, India, Japan, Norway, South Africa, Switzerland and the US.

The group’s chief executive Paul Tuohy said: “It’s absurd that the Government chooses to place no tax on aviation fuel, yet heavily taxes petrol and diesel for drivers.

“Taxing kerosene would help reduce domestic flights and save carbon, and the money raised could pay for a rail fare freeze next year to make the trains cheaper and encourage more people to use them.”

Increases in regulated train fares such as season tickets are traditionally implemented on the first working day of the year, based on the previous July’s retail price index (RPI) measure of inflation, which will be announced on Wednesday.

But the Department for Transport confirmed on Monday that next year’s rise in fares in England will be delayed until March and will be lower than the RPI figure, which for June was 11.8%.

Wales usually makes similar fares changes to England while the Scottish Government has not announced its plan for 2023. Fares in Northern Ireland are set by operator Translink, which does not use RPI.

Road fuel is taxed at a rate of nearly 53p per litre, after a 5p per litre cut was implemented in March.

Airlines pay no tax on fuel in the UK, but must pay air passenger duty (APD).

APD is a per passenger charge based on the class of the cabin they travel in and the distance of the flight. For domestic flights in standard class, the fee is £13 each way.

A spokesman for trade body Airlines UK, which represents carriers, said: “Domestic air travel accounts for only 4% of UK emissions from aviation, but is critical for connecting communities and regions across the UK, in particular for journeys across water and where rail connections are either non-existent or have prohibitively long journey times.

“The Government has set a target of 2040 for domestic aviation to be net zero and has challenged the sector to have zero emission routes connecting different parts of the UK by 2030.

“Technology enhancements rather than constraining demand is rightly seen as the best way to reduce aviation emissions.”