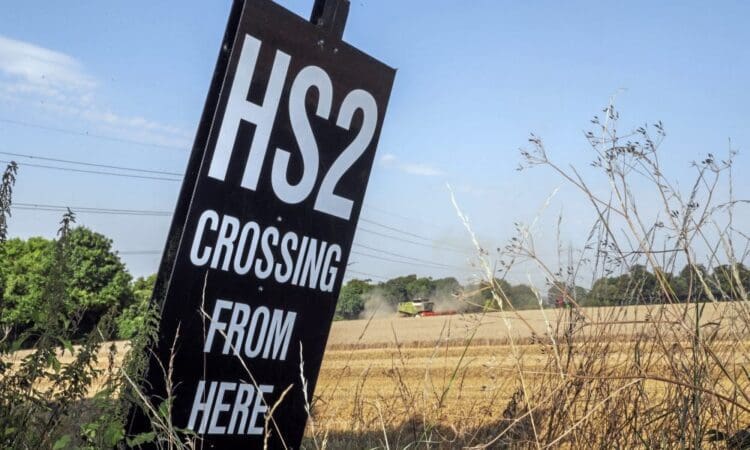 Improving rail links in the North and Midlands is an “absolute priority” for Boris Johnson, Downing Street insisted in the face of mounting anger about plans to scrap key projects.

In a major rail review on Thursday, the Government is expected to scrap the eastern leg of the HS2 high-speed rail route between the Midlands and Leeds.

There is also frustration that plans to boost east-west rail connections across the region, known as Northern Powerhouse Rail (NPR), will likely involve improvements to existing infrastructure rather than a new line between Manchester and Leeds.

The Prime Minister faces resistance from northern MPs, including Tories in “Red Wall” seats in former Labour heartlands, over moves to weaken commitments made to the regions.

Tory MPs pointed to pledges that Mr Johnson has personally made on the NPR project.

The Prime Minister’s official spokesman: “Grant Shapps will set out the full details on Thursday. But we are fully committed to strengthening the rail links in our cities, across the Midlands and the North.

“He recognises the importance of improving journey times across the country.”

Asked whether the plans had been scaled back due to Treasury opposition to the cost, the spokesman said: “These are ambitious plans which will involve significant sums of public money.”

Newspapers across northern England: the Manchester Evening News, the Gazette on Teesside, The Journal and The Chronicle in Newcastle, the Huddersfield Daily Examiner and the Hull Daily Mail, have united to call on Mr Johnson to deliver what was promised on rail investment.

In response, Downing Street said: “We recognise the importance of improving transport links across the North as a way to level up the country, that’s why it is an absolute priority for the Government.”

Members of the Northern Research Group of Tory MPs said they were “deeply concerned” about the reported “watering down” of commitments.

A spokesman said: “The NRG is reserving its judgement until the Integrated Rail Plan is published later this week.

“However, the NRG has reminded the Government of the repeated commitments that it has made, including Prime Minister’s own commitment to Northern Powerhouse Rail.”

But Tory mayor of the West Midlands, Andy Street, said the reported plans were a “reasonable compromise”.

Speaking at an Institute for Government event on Tuesday, he said: “I was a huge proponent of HS2 to be built in full.

“We know the West Midlands will benefit from that. We can already see that in terms of investment coming through.

“But the reality of is that the economic situation for the country has changed since the decision was taken in February.

“So if what the Government announces on Thursday is that HS2 is only going to be built on the eastern leg to as far as Nottingham, in terms of the West Midlands that would still be a really good outcome because it gives us high speed links to London, to Manchester.

He added: “I would consider, given the situation the Government finds itself in with public finances, this to have been a reasonable compromise.”

Steve Rotheram, Labour mayor of the Liverpool city region, said anything less than the full NPR project would be a “complete betrayal”.

“If levelling up is a serious policy, the Government has to deliver NPR,” he said.

The measures will be announced when the Government publishes its Integrated Rail Plan on Thursday.

The Department for Transport will argue that HS2 trains will still serve Leeds but on the mainline rather than HS2 tracks, saving tens of billions of pounds.

It will insist that its plan to invest £96 billion on the existing network will deliver benefits faster and more cost-effectively.

The expected decision comes despite the Prime Minister pledging his “commitment to Northern Powerhouse Rail” shortly after entering Downing Street in 2019.

As recently as the Conservative Party conference in Manchester last month, Mr Johnson said in his leader’s speech that the Government “will do Northern Powerhouse Rail, we will link up the cities of the Midlands and the North”.