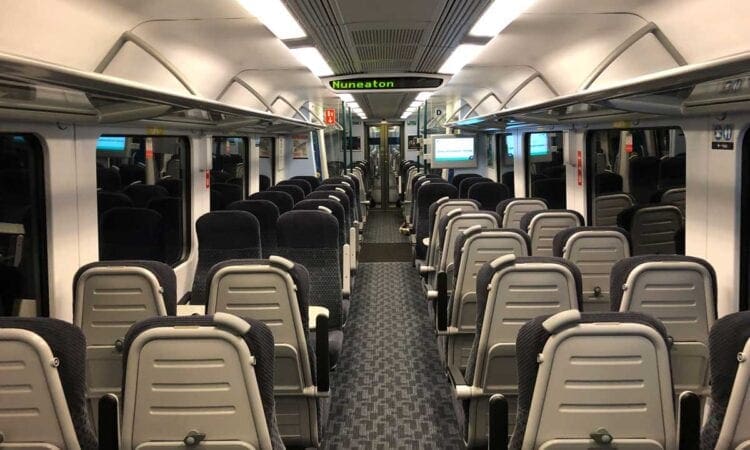 This week, new figures reveal the true impact of the COVID-19 pandemic on the UK railway, as passenger numbers fall to the lowest since the 1850s.

The number of passengers using the UK’s railway has fallen to its lowest levels in around 170 years because of the COVID-19 pandemic.

Official statistics released by the Office of Rail and Road (ORR) reveal that 35 million journeys are estimated to have been made between April and June 2020, a drop of more than 400 million during the same period last year.

ORR said it was the lowest quarterly passenger number since the mid-19th century, around 20 years after the first scheduled passenger services were made. Click here to see more.

Crossrail governance handed over to Transport for London

The Elizabeth line has reached its complex final stages with Crossrail Ltd working to complete the remaining infrastructure so it can fully test the railway and successfully transition the project as an operational railway to Transport for London (TfL).

The process to handover the completed rail infrastructure is underway, with Crossrail Ltd planning to start intensive operational testing, known as Trial Running, at the earliest opportunity in 2021. This marks the project’s key transition from construction to an operational railway. Click here to see more.

Produced in partnership with JSC Russian Railways, the exhibition will showcase priceless artefacts from Russia and the UK, brought together for the first time. Click here to see more.

TBF has set up two new charitable funds, one each for the rail and bus sectors, in order to help those working on the front line of the public transport industry have suffered during the COVID-19 pandemic.

The rail sector memorial has been set up with full agreement from the family of Belly Mujinga, the station staff employee who sadly lost her life to the virus. Belly, a TBF member, was a frontline worker who, like so many other staff in the rail industry, sadly faced threats and abuse whilst doing her job.

The Severn Valley Railway is one of 445 heritage organisations across the country set to receive a lifesaving financial boost from the government, thanks to the £1.57 billion Culture Recovery Fund.

The Railway was preparing to welcome the Minister for Sport, Tourism and Heritage Nigel Huddlestone MP, who will meet the footplate crew of one of the Severn Valley Railway steam locomotives and visit a unique mobile exhibition inside a specially adapted brake van. He’ll also talk to some of the 1,800 volunteers who, alongside its paid staff, are crucial to the success and continuation of the Severn Valley Railway.

445 organisations will share £103 million, including the Severn Valley Railway to help restart vital reconstruction work and maintenance on cherished heritage sites, keeping venues open and supporting those working in the sector. Click here to see more.

Network Rail is working with technology startup nPlan to use Machine Learning technology across its portfolio of projects, potentially transforming the way major rail projects are delivered across Britain.

Through using data from past projects to produce accurate cost and time forecasts, the partnership will deliver efficiencies in the way projects are planned and carried out, and improve service reliability for passengers by reducing the risk of overruns. Click here to see more.

Railways ready to tackle autumn leaves on the line

Network Rail ready to tackle ‘leaves on the line’ and keep passengers moving safely and reliably this autumn with 61 leaf-busting trains and 80 leaf-busting teams.

Regarded as the railway’s equivalent of black ice on the roads, leaves on the line can create issues when they stick to damp rails and are compressed by moving trains into a thin, black layer which can affect train braking and acceleration.

The build up of leaf mulch can also make it harder for signallers to detect a train’s location, causing delays to services for passengers. Click here to see more.

Network Rail is inviting residents in the Huddersfield area and across the wider region to view the latest online proposals for major upgrades to the railway between Huddersfield and Westtown.

The plans include electrifying the eight mile stretch and doubling the number of railway tracks from two to four. This work would bring a more modern and reliable railway for passengers, allow more trains to run and better connect the region. Improvement work is also planned at Huddersfield, Deighton, Mirfield and Ravensthorpe stations.

These proposals are part of the wider Transpennine Route Upgrade, which will transform journeys between York and Manchester via Leeds and Huddersfield. Click here to see more.

This week marks the 21st anniversary of the Paddington train crash which killed 31 people.

A total of 31 people died and a further 220 injured when two trains collided almost head-on before 08:10 BST on October 5, 1999. Click here to find out what happened.

You must wear a face covering over your mouth and nose for your entire journey including inside stations and on platforms.

Keep in mind, some customers might be wearing an exemption badge as they are not able to wear a face covering for reasons that may not always be visible. Unless you are exempt, you could be refused travel or face a £200 fine which doubles with every violation up to £6,400.

Circle line: On Saturday 10 and Sunday 11 October, there will be no service between Edgware Road and Aldgate (via Victoria). Use alternative Tube or local bus services.

District line: On Saturday 10 and Sunday 11 October, there will be no service between Earl’s Court and Upminster. Use alternative Tube, local or replacement bus services. Rail replacement bus DL6, DL7 and DL8 will run.

On Sunday 11 October, there will be no service between Turnham Green and Richmond. Use rail replacement bus service DL3.

Hammersmith & City line: On Saturday 10 and Sunday 11 October, there will be no service between Hammersmith and Barking. Use alternative Tube or local bus services.
No Night Tube or London Overground Night Service and limited Night Bus services are running.

See the latest status updates on London Underground, including a map of closures.

No Night Tube or London Overground Night Service and limited Night Bus services are running. Check before you travel and plan your journey ahead of time.

Due to track work, the following services will be affected.
From 22:00 Saturday 10 until 10:00 Sunday 11 October, there will be no service between Reeves Corner and Beckenham Junction, and Elmers End and New Addington. Use alternative local bus services.

Due to track work the following services will be affected.
On Sunday 11 October, there will be no service between Paddington and Ealing Broadway from 09:00 until 22:30. Use alternative Tube or local bus services.

See an overview of planned track closures for the next six months.