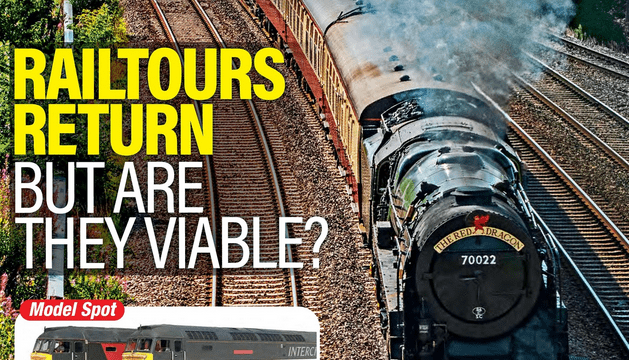 Each issue of Railways Illustrated offers a comprehensive round-up of the latest news and topical events from the UK across the present-day railway, including heritage traction in operation on the main lines.

Railways Illustrated reflects the energy and vitality of the present-day railway scene. Here’s what’s coming up in the October issue:

The East London depot was once one of the largest in the UK. Alex Fisher charts its history.

They tried to run a railway: Part 5

The October issue of Railways Illustrated is on sale now!