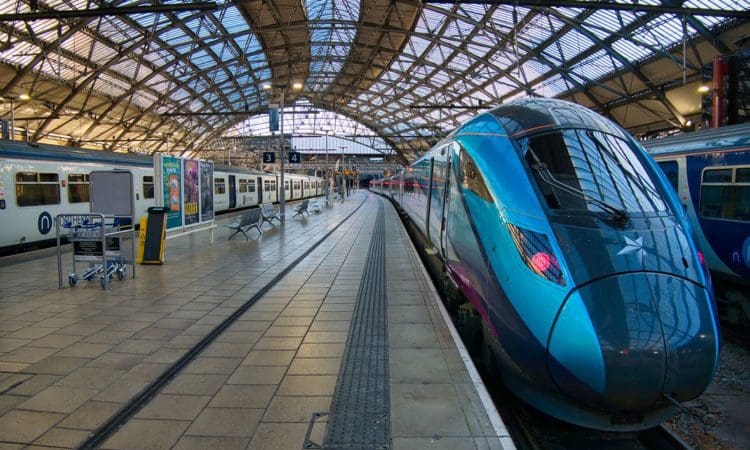 Ministers must nationalise TransPennine Express following “one of the worst days yet” for passengers, according to Labour.

Shadow transport secretary Louise Haigh said more than 120 TransPennine Express services were cancelled or disrupted on Thursday morning, adding the Government “cannot pretend” the management is “blameless in this farce”.

She urged the Government to strip the company of its contract and bring it under the Operator of Last Resort.

Transport minister Huw Merriman said “decisions will be made” if TransPennine Express services cannot be improved although he said the Operator of Last Resort needs a “manageable” portfolio.

Ms Haigh highlighted how services between Barnsley and Manchester, and Huddersfield to Leeds, were cancelled on Thursday, writing on Twitter: “One of the worst days yet for passengers.”

The operator, on its website, noted: “Disruption across the TransPennine Express network expected until the end of the day.”

Speaking in the House of Commons, Ms Haigh said: “The minister must surely agree this simply isn’t good enough. In November he assured us the new timetable would be deliverable. This week the results are in and the service has never been worse.

“This morning alone at least 123 services have been cancelled or disrupted on TransPennine Express and he cannot pretend that the management are blameless in this farce.

“The North cannot afford to continue like this any longer. So will he strip TransPennine Express of their contract and bring it under the Operator of Last Resort?”

“I’m also keen to ensure that the Operator of Last Resort has a manageable portfolio. But there was nothing I’ve said… which has absolved the management of any blame.”

He added: “If that can’t be turned round, then decisions will be made.”

Labour’s Dan Jarvis (Barnsley Central) said Ukraine and Romania have “reopened a train line in six months during a war” whereas the terms of reference for a study on running high-speed trains between East Midland Parkway and Leeds via Sheffield have not been agreed within 14 months.

Mr Merriman replied: “I am aware that that study needs to get out so that we can really look at how we can get those HS2 trains up to Leeds and the other impacts that will actually have on Leeds.

“There are discussions going on in the department, there have been this week, as to how we can move that forward. I expect that report to be out very shortly.”

He asked if the lesson was that the private sector model has “failed both workers and passengers, and it’s time to follow Scotland’s lead in bringing rail operators under public control”.

Mr Merriman replied: “Perhaps another way of looking at it is to say that on the east coast there is actually competition with open access, whereas there isn’t on the west coast.

“So, he might actually feel that we’re not doing enough in terms of private enterprise and competition. I’m rather keen that we look at open access and see if we can do to the west what’s been done on the east.”

“But he’s absolutely right the performance has not been good enough,” he added, before saying he has been meeting Avanti weekly to try to turn around performance.

Mr Merriman also did not say if cuts were planned for the railway when asked in the Commons, but said there is a “balance” to be struck with taxpayer funding.

Labour shadow transport minister Tanmanjeet Singh Dhesi said: “If the Financial Times is correct, their big solution is to impose even more devastating funding cuts on train operators at over 10%… rather than this veil of secrecy over steep service cuts, can the minister confirm how much of a cut is he imposing?”

He referenced support for the industry during the pandemic and said “there will be a further £11 billion required for the year to come”.

“So, we have a balance between those who use the railways and to continue to ensure that they can, and those that fund the railways and the difficulties they have in meeting their tax bill,” he said, adding he was “determined” railway services would improve.