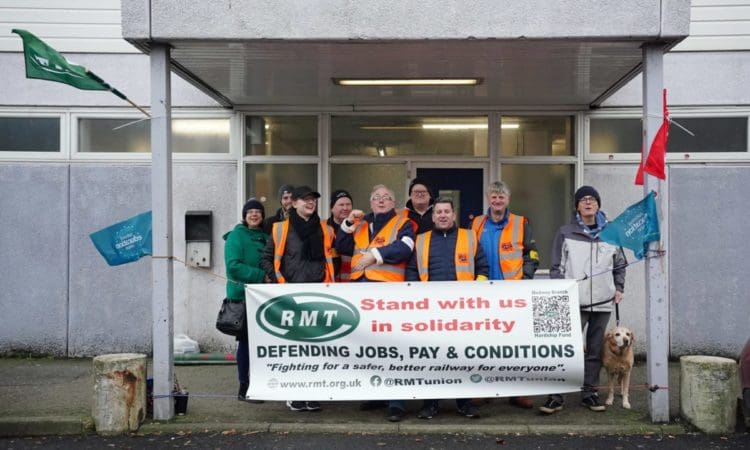 Talks aimed at resolving the rail workers dispute will be held on Monday after a week of disruption to services because of strikes.

Members of the Rail, Maritime and Transport (RMT) union and Aslef took industrial action which crippled services, with only one in five trains running between Tuesday and Saturday.

Union leaders will meet rail minister Huw Merriman as they continue to insist the Government is blocking a deal to end the long-running row over pay, jobs and conditions.

Transport Secretary Mark Harper denies the allegation, saying he is facilitating talks between unions and employers.

RMT general secretary Mick Lynch said: “Today I want to see the Government stop play-acting because the truth, written in black and white in their rail contracts, is that they’ve been in complete control of this dispute from day one.

“Passengers, workers and businesses are suffering and even rail company managers are beginning to break ranks in despair at the Government’s approach.

“The minister cannot hide behind this fairy story that he is just a facilitator.

“His Government can end this dispute today by taking out the conditions they put in to torpedo a resolution and let the companies make a deal.”

Meanwhile, Aslef leaders will consider an offer – made on Friday by the Rail Delivery Group on behalf of train operators – of a 4% pay rise for last year and 4% this year.

Conditions were attached to the offer, such as speeding up the training of drivers, as well as over Sunday working arrangements.

Rail union and industry officials will give evidence to the Transport Select Committee on Wednesday.

A Department for Transport spokesman said: “The Transport Secretary and rail minister have held polite, constructive meetings with a range of union leaders since taking office.

“They have had open and honest conversations about the serious challenges facing the railways.

“Passengers have rightly had enough of rail strikes and want the disruption to end.

“Unions should step back from strike action so we can start 2023 by ending this damaging dispute. “Inflation-matching pay increases for all public sector workers would cost everyone more in the long term – worsening debt, fuelling inflation and costing every household an extra £1,000.”