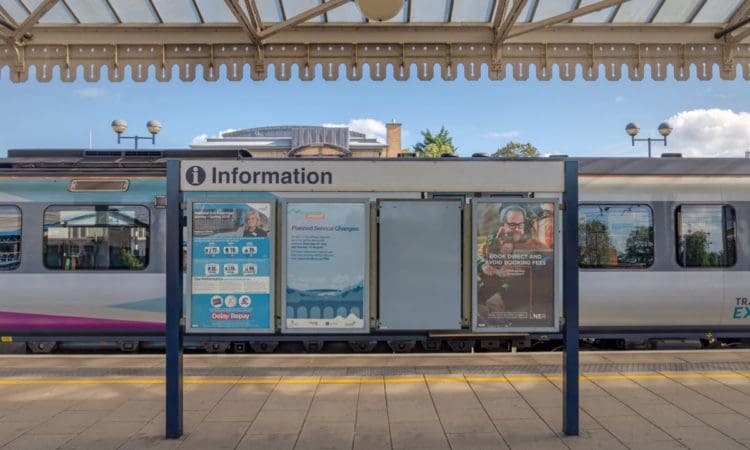 Rail fares in England will rise by nearly 6% in March, the Department for Transport (DfT) said.

The DfT has set a cap of 5.9% for increases to fares regulated by the Government, such as season tickets on most commuter journeys, some off-peak return tickets on long distance journeys and flexible tickets for travel around major cities.

It said this is 6.4 percentage points lower than the inflation figure fare rises are historically based on.

Train operators set unregulated fares, although their decisions are heavily influenced by the Government due to contracts introduced because of the coronavirus pandemic.

Fares will rise from March 5.

“I’m capping the rise well below inflation to help reduce the impact on passengers.

“It has been a difficult year and the impact of inflation is being felt across the UK economy. We do not want to add to the problem.

“This is a fair balance between the passengers who use our trains and the taxpayers who help pay for them.”

Annual increases in fares used to be implemented on the first working day of each year, but have been delayed since the start of the coronavirus pandemic.

Since the railways were privatised in the mid-1990s, regulated fare rises have not been one percentage point above the Retail Price Index (RPI) measure of inflation.

The RPI figure for the previous July is normally used, which this year was 12.3%.

The DfT said “for this year only” it has aligned the increase with July’s average earnings growth.

But Labour attacked the 5.9% rise.

“People up and down this country are paying the price for 12 years of Tory failure.”

“After months of unreliable services and strike disruption, it’s clear that too many passengers are not getting a value for money service. “Capping fares below inflation and the delay until March is welcome and will go some way to easing the pain, but the need for reform of fares and ticketing in the longer-term must not be forgotten.”

People took to Twitter to share their thoughts on the news, with many questioning an increase in fares which comes after a year of rail disruption and reduced schedules.

Why??? The rail service isn’t even running at pre-2020 schedules, so why are fares rising at all??

Train fares to rise by 5.9%!
They’re overpriced now and the service is abysmal.
How do they dare ask for more from commuters after ruining Christmas for many of them?

Others questioned where the money would go, and made reference to ongoing strike action which has seen rail workers campaigning for pay rises.

Funny how UK rail fares go up each and every January. Yet rail workers do not get a pay rise each year.

While some pointed out that the annual increase was below the level of inflation, others did not buy the justification.

“Well bellow inflation” is that supposed to make us happy, gov’t using the inflation they caused to justify the increases!? Criminal, the rail fares in UK are already at Disneyland level. 🤡