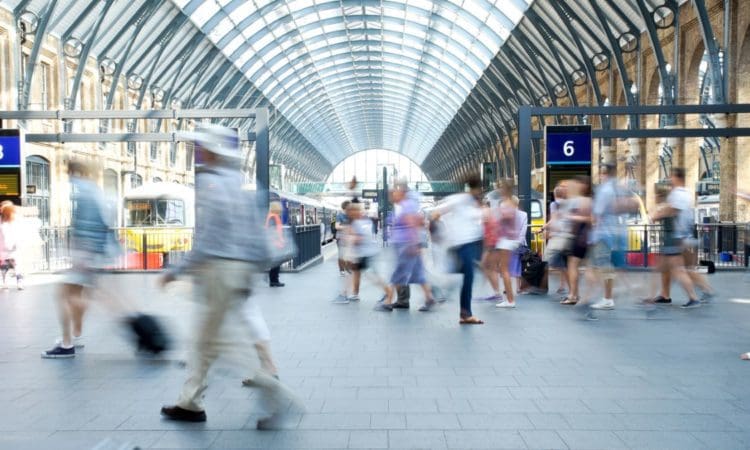 Network Rail workers have voted overwhelmingly to accept a pay offer, their union has announced.

Members of the Transport Salaried Staffs Association (TSSA) backed the deal by 85% in a ballot.

The Rail, Maritime and Transport (RMT) union remains in dispute with Network Rail (NR) after its members rejected an offer earlier this week.

The TSSA is still in dispute with train operators over pay, jobs and conditions.

TSSA organising director Luke Chester said: “This is a decisive result, with our members roundly endorsing this offer. It’s great news and a great deal for our members in Network Rail.

“It just shows what can be done through negotiations when there’s a serious offer on the table.

“Let me be clear though – this has only come about because our members stood together, taking strike action to get a fair settlement when the company had failed to listen.

“Their dogged determination and some hard negotiations won this improved offer.

“The result is a fair pay settlement amounting to at least a 9% increase for this year and next – at least 11% for those on lower salaries – plus job security and the nailing down of our terms and conditions.

“This could and should have been done months ago, but we are pleased with the result.

“However, the deal in Network Rail is significantly better than anything which has been proposed by the train operating companies and our fight goes on there, with members continuing to take industrial action.

“If the rail companies and the Government have any sense, they will now stop blocking the perfectly reasonable pathway to a deal and come back to the table with an improved offer which meets our aspirations.”

The TSSA said the deal accepted by its members includes a no compulsory redundancy agreement until January 31 2025, and a minimum pay rise of at least £1,750 or 5% (whichever is greater) backdated to January 1 2022, which it said is worth at least 7% to staff earning £25,000 or less.

There will also be a 4% pay increase from January 1 2023, no unagreed changes to terms and conditions, plus more benefits and improvements to work and leisure travel facilities.

The ballot result showed that 85% were in favour of the offer, on a turnout of 70%.

The TSSA has around 2,500 members at Network Rail in jobs such as controllers.

“We know there is a sizeable number of RMT members who want this deal and we can see that strike action is beginning to break down.

“Thousands of colleagues have refused to strike this week, instead coming in to work to keep services running and Britain moving. It is time the RMT executive put their members’ interests first and end this dispute.

“Their needless strike action is sabotaging the railway and will cost our employees, their members, dearly.”

A Department for Transport spokesman said: “It will come as a relief to the public and the workforce that TSSA has accepted this offer, which guarantees their members a fair pay rise and no compulsory redundancies while moving us a step closer to fixing our railways.

“The tide is turning and it is clear to everyone that this offer is fair and reasonable, giving better pay to workers but delivering vital reforms to our railways.

“We urge the RMT to back this deal and call off their strikes – ending a dispute which not only damages the rail industry and our economy, but ruins festive plans for hard-working people after two years of virtual celebrations.”