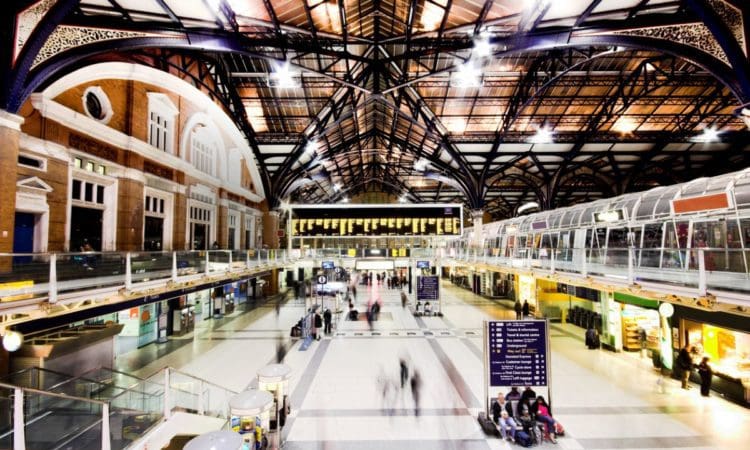 Revenue from train fares was just 71% of pre-pandemic levels between July and September, new figures show.

Regulator the Office of Rail and Road (ORR) said passenger revenue over the three months was £2.2 billion.

That compares to £3.1 billion during the same period in 2019, when adjusted for inflation.

Some 359 million train journeys were made in Britain between July and September.

Strike action by the railway unions in a row over jobs, pay and conditions took place on five days in the quarter, leading to reduced timetables.

The number of journeys was 80.3% of pre-virus levels.

On Friday, thousands of members of the Rail, Maritime and Transport union (RMT) at Network Rail and 14 train companies will begin the second of two 48-hour strikes this week as the industrial dispute continues.

A spokesman for the Rail Delivery Group, which represents operators, said the ORR’s data “confirms the scale” of the financial challenge the industry faces, and the “pressing need for reform to put it on a sustainable footing”.

He went on: “We want to give our people a pay rise. We are disappointed the RMT leadership has not accepted our very fair offer of an 8% increase in 2022/23 pay packets which could have ended this dispute.

“Instead of further undermining the recovery of the industry, we need the unions to work with us to deliver long overdue reforms to outdated working practices which will improve services and secure the long-term future of the railway and its workforce.”

The RMT rejected the offer within hours of receiving it earlier this month, stating it was conditional on accepting vast changes to working practices, huge job losses, driver-only operated trains on all companies and the closure of ticket offices.