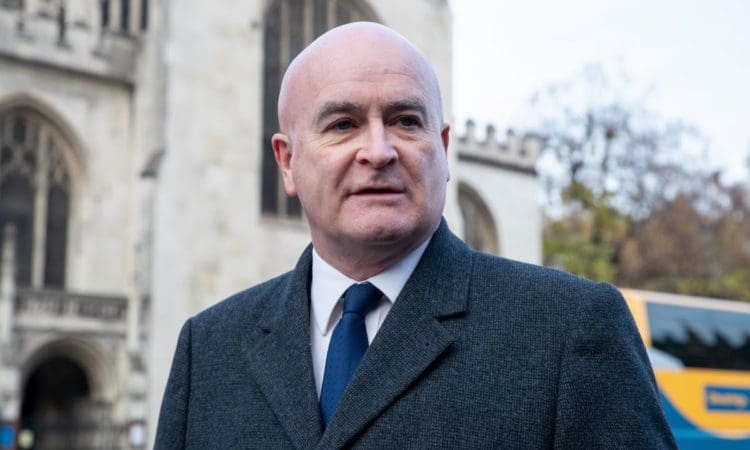 Union leader Mick Lynch has said that, while he continues to be an “optimist”, there is currently “no deal in sight” as the country faces a month of rail disruption.

The Rail, Maritime and Transport union (RMT) general secretary was speaking as workers walked out in the first of a wave of 48-hour strikes.

Mr Lynch apologised for the disruption caused to members of the public and hospitality businesses but pointed out that many people affected will be facing similar problems in their jobs.

Asked if the public can expect more strikes in 2023, he told the PA news agency: “Well, we hope not. We want to get a deal but at the moment, there is no deal in sight.

“So we’ve got the schedule down at the moment, which is running for the next four weeks.

“We will review that at the end of that if there’s no settlement on the table and we’ll decide what our next steps are, but at the moment there is no settlement to be had.”

Mr Lynch, who was outside Euston station on Tuesday morning, said he is an “optimist” but added that the Government needs to “show some goodwill and expertise and some facilitation to try and create a document, or a set of documents, that we can all support”.

Network Rail chief executive Andrew Haines told BBC Breakfast it was “hard to see” a glimmer of hope in the negotiations.

But Mr Lynch insisted he is optimistic, telling PA: “I hope that everybody at the table, including the Government, comes in with the same attitude, and then we can create a deal.

“If I wasn’t an optimist I wouldn’t turn up for any of these things. We’d all just be stuck in our bunkers sending messages to each other.

“But I go to talks in order to create a settlement, so that’s why I’m optimistic that if we can all move forward together we can get a settlement to this dispute.”

Mr Lynch said he does not like disrupting people’s plans and apologises for doing so.

He said: “We don’t like disrupting the public and we apologise for the disruption that’s being caused. I believe we could have worked towards a settlement a couple of weeks ago until that was undermined by the stance that certain people have taken.

“So we do apologise and we hope that people can amend their plans and get to where they need to go during this period, but they can be assured that we’re working to try and get an agreement so that we can end this dispute.

“Many people of course that are travelling are also suffering similar things – health workers, postal workers, people working in all sorts of industries and sectors who are suffering the same issues of low pay, conditions being stripped out, and attacks on their job security.

“So if we can stick together across the working class we can maybe get some settlements that they can support and we can get back to work and run society in a better way.”

Asked about the disruption the strikes are causing to hospitality businesses, Mr Lynch said: “We’re sorry for that. I’ve met with the head of Hospitality UK, the industry body, and they were shocked to find out that during this dispute the train operating companies will make no losses at all.

“The only people that are losing out are those businesses, the passengers that are disrupted, and my members who lose their wages.

“But the Government is prepared to take so far a loss of maybe £320 million so that they can subsidise this dispute, so the incentive is not with the train operating companies to settle this because they’ve been instructed not to settle by the Government.

“So what we need to do is get the Government to say ‘Look, we’re willing to compromise, we’re willing to get the hospitality industry supported by settling this dispute’, but at the minute, they’re saying you’re not allowed to settle.

“And in the meantime, they will take the revenue hit and cause the disruption in the wider economy.

Asked if he would be willing to escalate the frequency of strikes in future, Mr Lynch said: “We’ve got a campaign running and we’ve got a mandate for another five or six months, and we will take the appropriate action in order to pursue our dispute.

“But what we’d like to do in the meantime is get a settlement. It’s been eight weeks since we’ve taken action. A lot of people have forgotten that. They think we’re out all the time.

“But the Government has shown no sign during that period where there’s been no disruption that they want a settlement.