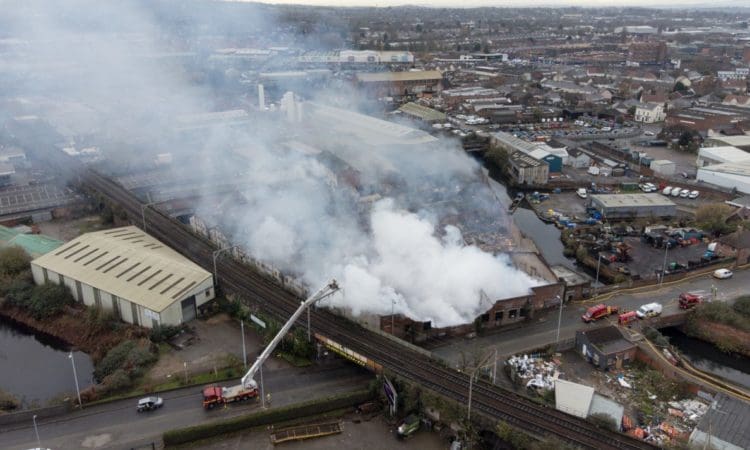 Fire investigators have said they believe a major blaze which destroyed several derelict factory buildings in Wolverhampton was started deliberately.

A major incident was declared on Monday, with more than 100 firefighters tackling the overnight blaze which disrupted rail services and led to the evacuation of homes.

The fire on a site off Lower Horseley Fields saw all trains on an adjoining railway line stopped shortly after it was reported at about 9pm on Monday.

At its height, 28 fire engines were on the scene, with commanders using a thermal imaging drone to identify hotspots in the blaze.

In an update on Thursday, West Midlands Fire Service said: “Our investigators believe that the fire was started deliberately.

“We will be making revisits to the scene for at least the next 24 hours, to ensure there are no further flare-ups.

“For the time being, Lower Walsall Street will remain closed and Lower Horseley Fields will be one-way into the city.

“Please take extra care if you are travelling or walking in the area as, in spite of heavy gritting at the scene, nearby roads affected by water could remain very slippery.”