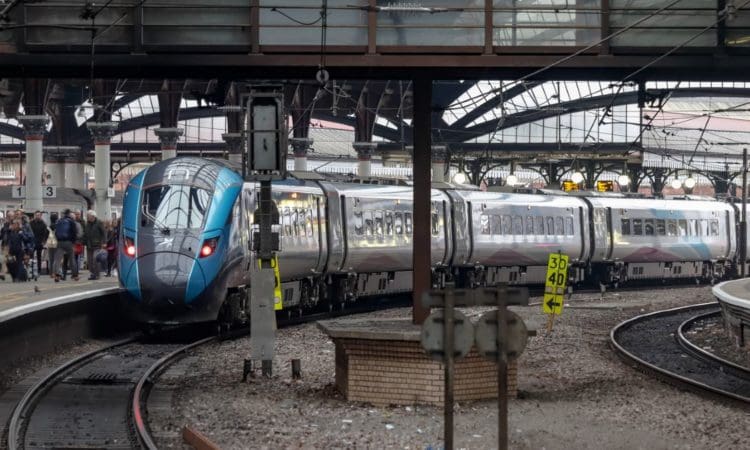 Three train operators serving northern England are getting fewer than half their services to arrive on time.

Just 45.8% of stops at stations by TransPennine Express trains were within a minute of the schedule between October 16 and November 12, analysis of Office of Rail and Road (ORR) data by the PA news agency found.

At 48%, Northern’s punctuality was only slightly better.

Avanti West Coast, which serves north-west England as part of its long-distance routes on the West Coast Main Line, recorded an on-time figure of 33.3%.

That was close to its worst four-week period on record, which was in autumn 2019 when 31.4% of stops at stations were not delayed.

All three operators have been hit by staffing problems, with many drivers refusing to volunteer to work on rest days.

Transport Secretary Mark Harper said on Wednesday he is “under no illusions” about the “real problem” blighting northern England’s railways.

He made the comments after holding talks with five of the region’s metro mayors, who said the discussion was “positive” but stressed they need more than “warm words” to fix the disruption “causing misery for millions”.

Elsewhere, LNER’s on-time figure between October 16 and November 12 was 50.1%, while East Midlands Railway managed 45.5% – its worst performance on record.

The ORR figures also show the industry’s cancellations score during the same period was 4.1%.

This reflects the percentage of services either fully or partly cancelled.

The figures do not include trains removed from timetables before 10pm the previous day.

“Since then, the industry has had to recover from the devastating impact of the pandemic.

“This year has seen a national rail dispute and extreme weather challenges ranging from three named storms and flooding to heatwaves where temperatures peaked above 40 degrees.

“It is also important to consider wider data. For example, between May 1 to October 15 more than 87% of trains arrived within five minutes of their scheduled arrival time on commuter and regional routes and 10 minutes for long distance services.

“This measures both reliability (ie that a train service ran) and punctuality.”