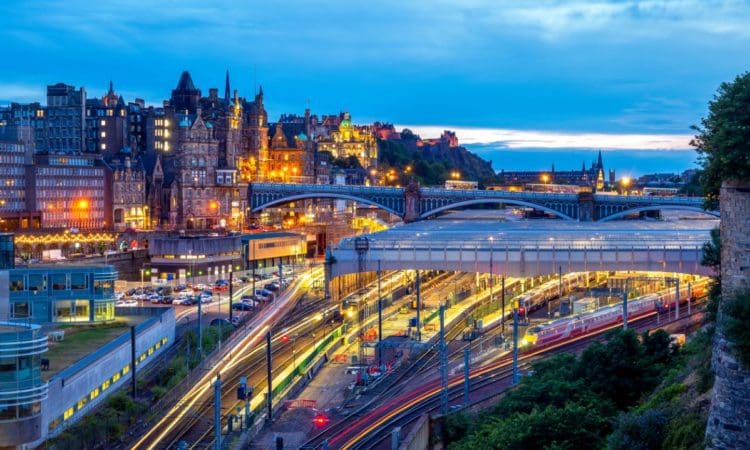 Rail union boss Mick Lynch and Scotland’s transport minister have urged Westminster to step in to help avoid strikes in the run up to Christmas.

The Rail, Maritime and Transport union’s general secretary and Jenny Gilruth agreed they would urge the UK Government to help find solutions to the Network Rail pay dispute – which threatens to bring misery to passengers this festive season – at a meeting in London on Thursday.

The Holyrood minister warned that, despite state-owned firm ScotRail agreeing a pay deal with workers earlier this year, the network north of the border “still faces severe disruption as a result of the ongoing UK-wide dispute”.

“It is vital that the UK Government allows the operators and RMT to get to the table and negotiate,” Ms Gilruth said.

“Network Rail employees and employees of the UK Government-controlled rail companies in Scotland deserve a fair pay deal too.”

Phil Campbell, ScotRail’s head of customer operations, has previously warned there would be disruption across the network in Scotland during the walkouts.

Mr Lynch said his meeting on Thursday was “very positive”, and that in both Scotland and Wales his union made settlements but “where companies are controlled by the UK government all we have seen is confrontation and chaos”.

“I would urge the UK government to adopt the same pragmatic and constructive approach we have seen in Scotland and Wales so we can resolve this dispute and deliver a fair deal for passengers and workers,” he said.

UK Transport Secretary Mark Harper said he wanted to work with the RMT and the employers “in good faith” to resolve issues and “help the employers and you reach a resolution that is fair to all”.

Ms Gilruth also said she was “extremely disappointed not to be able to meet the Secretary of State for Transport during my time in London”.

“I had very much hoped to discuss with him the damaging impacts of disruption to passenger and freight services over the festive period,” she added.