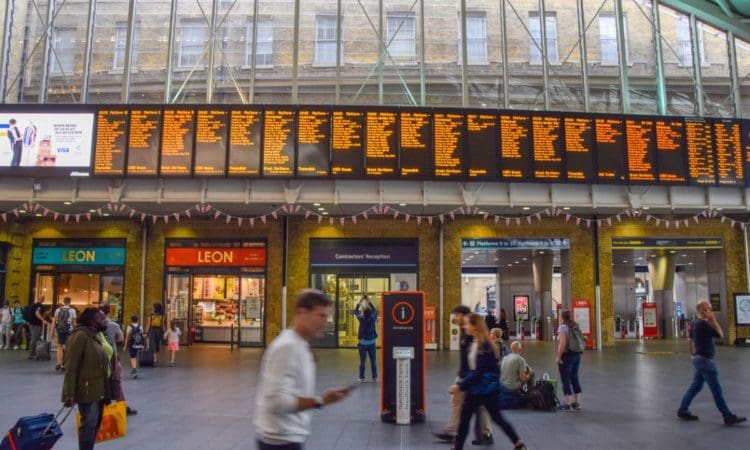 Talks between rail union TSSA and train operators aimed at resolving a long-running dispute over jobs, pay and conditions have broken down.

The union said industry body the Rail Delivery Group (RDG) told officials they have no authority from the Government to discuss pay or grading.

The union – the Transport Salaried Staffs Association- said the breakdown was a “slap in the face for rail workers and passengers”, and warned it will now consider strike action for December.

According to the TSSA, progress has been made on issues covering modernisation, staffing, job security and ticket offices, but when the subject turned to pay and grading, the RDG said it has no mandate from the Department for Transport to discuss this with unions.

Transport Secretary Mark Harper met with the TSSA and the Rail, Maritime and Transport union last week, which had raised hopes of an end to the bitter dispute.

TSSA organising director Luke Chester said: “Mark Harper needs to get his story straight and act now to prevent strikes over Christmas. Today’s breakdown in talks is a slap in the face for rail workers and passengers alike, and is setting the industry on course for a disastrous Christmas.

“We’re fed up with being told one thing by politicians and then hear the opposite in negotiations.

“Harper says he and his department haven’t blocked anything. But we’ve yet again hit a Government-shaped brick wall in talks where the authority to discuss the key issues in this dispute is withheld by ministers.

“We’ve kept our part of the bargain – suspending industrial action for all of November and acting in good faith in intensive negotiations.

“We’ve just had that thrown back in our face from a Government that either doesn’t understand how the railway operates or simply doesn’t care about resolving this dispute.

“This is crunch week. If an offer isn’t on the table this week then it’s too late to pull back services and maintenance works over December.

“Our union is actively looking at industrial action for December following today’s breakdown in talks. The ball is firmly in the Government’s court.”

A Department for Transport spokesman said: “Negotiations are between unions and employers and it is incorrect to claim the Government is holding them up.

“It’s vital such talks continue and all parties work together to avoid more damaging strike action and prevent further chaos on the railways. The very future of the industry depends on it.”