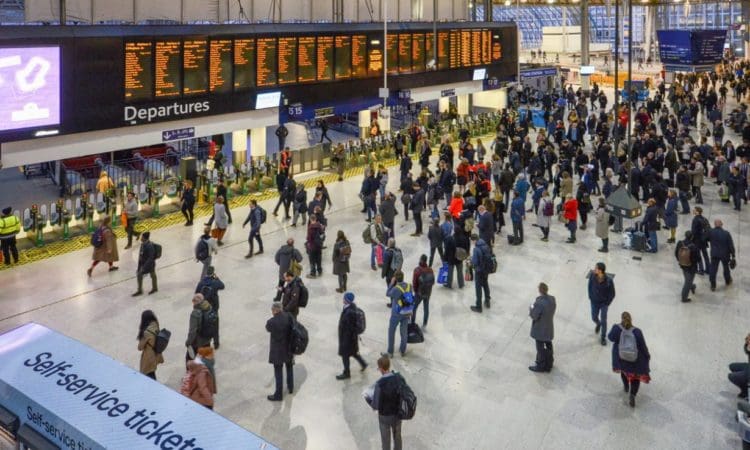 Disruption to train services which caused thousands of mourners to miss the Queen’s funeral will continue until noon on Tuesday, passengers have been warned.

The damage to wires near Hayes and Harlington station caused all lines to and from Paddington to be blocked from 6.30am on Monday, causing severe disruption for mourners travelling to London and Windsor in Berkshire.

Some resorted to watching funeral proceedings on their mobiles as they were stuck on trains and platforms.

Many passengers were advised to change trains at Reading, leading to long queues of people at the station on Monday night.

In an update issued on Tuesday morning, National Rail Enquiries said: “No trains are able to run between Heathrow Airport/West Drayton and London Paddington.

“We anticipate disruption will continue until 12pm.

“Passengers are strongly advised only to travel if necessary and to please check before you travel.”

Staff at Reading station ordered taxis for some passengers travelling long distances on Monday amid a limited number of departing trains, with some people being taken as far as Birmingham by car.

One woman, who was visibly distressed by the disruption and the prospect of getting stuck hours from home on her own overnight, said her journey in and out of London on Monday was set to total around 10 hours as opposed to the usual three, resulting in her missing the Queen’s funeral and procession which she had intended to see.

Another passenger, who asked not to be named, said: “The communication has been diabolical.

“People have been told to get off trains that were actually running and change services to get to different destinations, only to find that those trains were then cancelled.

“There doesn’t seem to have been any forward thinking as to what would happen in the evening, despite the problems going on all day.”

Monday saw one of the UK’s biggest transport operations as mourners descended on London and Windsor.

Around 250 extra train services ran, including some overnight from London.