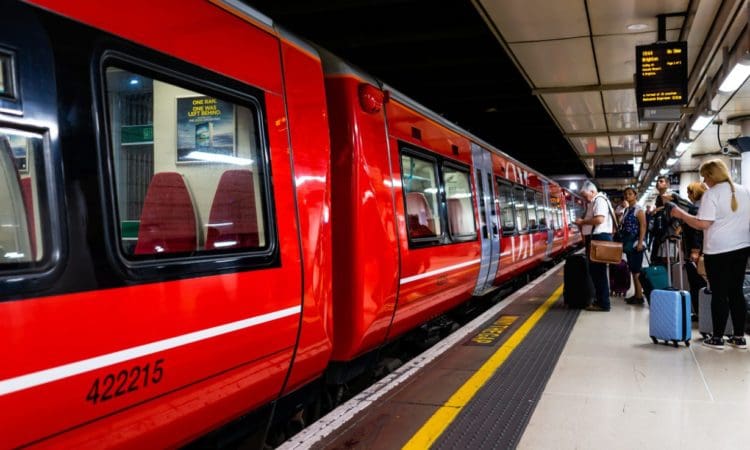 More rail workers will be balloted for strikes amid increasing industrial unrest across the country.

The Transport Salaried Staffs Association (TSSA) said its members at Govia Thameslink Railway (GTR) will vote in the coming weeks on whether to join the wave of stoppages in the rail industry over jobs, pay and conditions.

TSSA members at GTR are in jobs including platform and ticket office staff, train crew, engineers, control, administration and management.

TSSA general secretary Manuel Cortes said: “This is a clear signal to GTR that our members are not willing to be pushed around in the face of an escalating Tory cost-of-living crisis and a government which wants to slash jobs on the railways.

“I want to encourage our members to vote yes, both to strike action and action short of a strike, because we know we are in a fight for the future of our railways.

“We have already seen a strong set of ballot results elsewhere in rail companies our union represents, and have strike action in the pipeline later this month.

“Given we have already seen a series of walkouts by our brilliant members, ministers and bosses at GTR would do well to get real and address our concerns now so that further disruption does not take place.

“If not, there is likely to be crippling action on one of the main train networks in and out of London and beyond in the near future.”

The ballot opens on September 15 and closes on October 6.

The TSSA said it is seeking a pay rise which meets the rising cost of living, a no-compulsory-redundancy agreement for 2022 and no unagreed changes to terms and conditions.

TSSA members will take strike action at Avanti West Coast on September 15 and 17, joining other rail unions taking action across the country.

Tens of thousands of workers in other industries including post, telecoms and the legal system are also involved in industrial action, with more strikes threatened throughout the rest of the year.