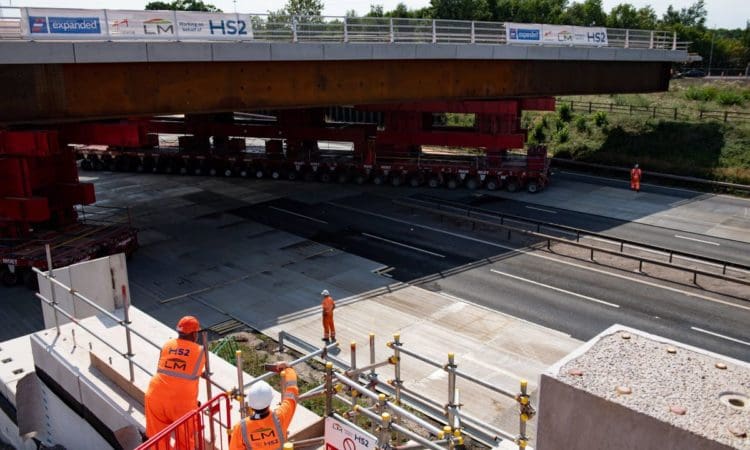 A new £370 million HS2 station will bring around 1,000 jobs and more than 100 apprenticeships to the West Midlands.

Building work preparing the land for the Birmingham HS2 Interchange station serving the NEC, Birmingham Airport and Solihull has already begun, but the rail hub will not be open until 2027 at the earliest.

The station has been designed to use natural ventilation, daylight, solar power and rainwater harvested from its roof, winning an award for its green credentials.

It has been described as “transformational for the Midlands” by Mark Thurston, HS2’s chief executive.

Situated on the east side of the M42, across the motorway from the NEC, it will have direct transport links to the existing Birmingham International station and airport.

Speaking on Tuesday at the site where the station will be built, West Midlands Mayor Andy Street said: “A thousand jobs will be created in the construction of this place (the station) over the the next few years,” adding it was “absolutely” an example of levelling up.

He added: “When we think of levelling up in action, HS2 epitomises the potential we can and must unleash by backing the right schemes.

“HS2 will reinforce our region’s place at the heart of the UK economy when it starts operating but it is already delivering for the West Midlands today – through job creation, opportunities for local businesses and of course this new station contract.”

Declan McGeeney, Laing O’Rourke’s director of UK Infrastructure, said the build was “significant”, not least because of its eco-credentials.

“If you come here in four years’ time, it’ll be like the phoenix rising from the ashes actually, because you’ll have the railway, HS2 underneath, and a large Interchange station – one of the most sustainable stations in the world,” he said.

He confirmed there will be more than 1,000 people working on site, at the peak of building operations.

Mr McGeeney added: “We will create over 100 apprenticeships, locally, making sure we train them into a construction sector that is desperately short of skills.

“I’ve been in the industry 25 years, I think it’s a very exciting sector, and we need to make sure we use this project as a bit of a stepping stone to make sure we attract more talent into the sector.”

Calling the project “massively important”, Cllr Ian Courts, leader of Solihull Council, said: “From the beginning I have been insisting we need great standards design involved with the development here and I think we have that with the Interchange station proposals … which are second to none really.”

Part of the wider site’s future will be plans to build 3,000 houses, with Cllr Courts adding the proposals were “taking some of the development strain” from other parts of the borough.

Planning permission was secured for the station two years ago, with building work starting in 2024, and due to end by 2027.