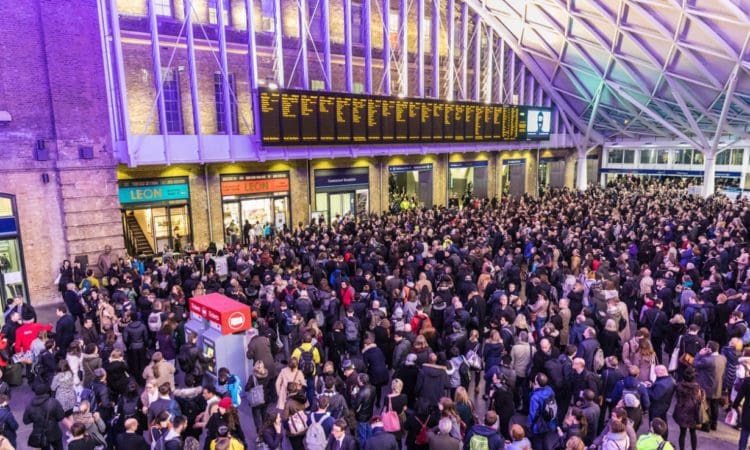 Rail workers are to stage a new 24-hour strike next month in an escalation of the national dispute over pay, job security and conditions.

Members of the Transport Salaried Staffs Association (TSSA) at nine train operating companies as well as Network Rail (NR) will walk out from midday on Monday September 26.

The union remains in talks with NR about the possibility of a settlement but is urging Transport Secretary Grant Shapps to intervene in a bid to break the deadlock.

The strike action will coincide with the Labour Party conference in Liverpool.

As a Labour affiliated union, the TSSA said it will be looking for support from delegates and MPs to join them on picket lines – but Sir Keir Starmer will not join striking workers.

“Frankly, he either sits across the negotiating table with our union or gets out of the way to allow railway bosses to freely negotiate with us, as they have done in the past.

“The reason for the current impasse lies squarely at Shapps’ door and passengers are paying a high price for his incompetence and intransigence.

“I welcome the fact that negotiations are ongoing with Network Rail and the gap towards a resolution is narrowing. Time will tell whether a deal can be done to avert our next strike.

“I will be standing on our picket line in Liverpool and will be encouraging fellow delegates and Labour MPs to do likewise, so they can rightly show they stand shoulder to shoulder with those fighting the Tories’ cost-of-living crisis.”

Labour leader Sir Keir again ruled out joining workers on a picket line, insisting that his focus was on forming the next government.

He told Channel 5’s Jeremy Vine: “When it comes to industrial action, I completely understand why people are voting to go on strike, I understand how much they’re struggling – wages have been stagnant for the best part of 10 years, we’ve now got a cost-of-living crisis, so prices are going up.”

Asked if he would join TSSA workers on the picket line he said: “No. I want a Labour government, I want to be a Labour prime minister. You can’t sit around the Cabinet table resolving issues and then walk onto a picket line, they are different jobs.”

A DfT spokesperson said: “For the eighth time this summer, union leaders are choosing self-defeating strike action over constructive talks, not only disrupting the lives of millions who rely on these services but jeopardising the future of the railways and their own members’ livelihoods.

“These reforms deliver the modernisations our rail network urgently needs, are essential to the future of rail, and will happen. Strikes will not change this.”