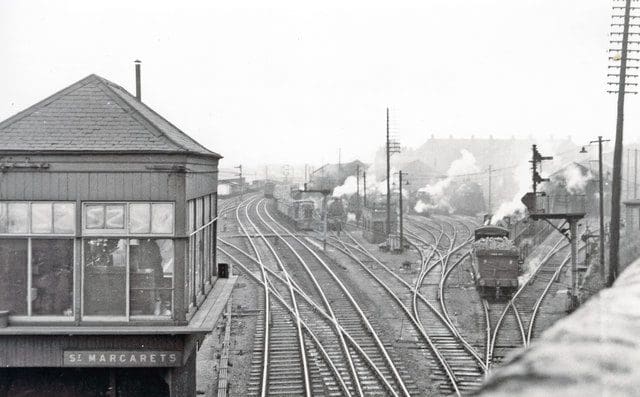 Housing developers in Edinburgh have unearthed the remains of the St Margaret’s Locomotive Engine turntable, which members of the public can view this Saturday.

Ongoing redevelopment in Meadowbank has lead to the excavation of the site of the former St Margaret’s Locomotive Railway Depot and Works.

Archaeologists have discovered the remains of the turntable buried beneath brick and cement.

According to the City of Edinburgh Council, the turntable is one of the earliest examples of its kind.

The c.20m diameter structure was used to store up to 14 railway-engines awaiting repair at a time.

On Saturday 27 August between 10am and 4pm members of the public will be able to drop in and see the remains of the turntable for free.

The public will be able to access the drop-in via the gate along from the pedestrian entrance to the new Meadowbank Sports Centre.

The new housing development at Meadowbank is part of an ongoing plan to make the area a greener, more environmental friendly neighbourhood.

The council say that the findings will be preserved for archaeological posterity.