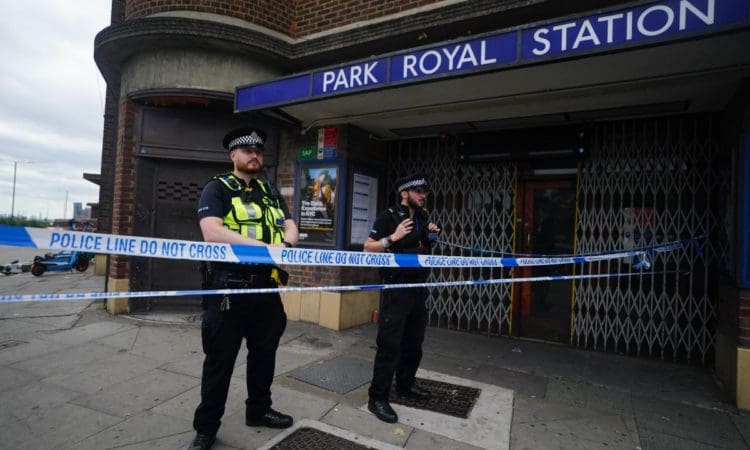 A London Underground line has been part suspended after a fatal crash in which a Range Rover ended up on a railway track.

The Metropolitan Police said the collision, involving a Range Rover and a Tesla, happened on the A40 westbound near Park Royal Tube station in west London at 3.48am on Monday.

Emergency services attended but a female occupant of the Range Rover died at the scene.

The Piccadilly line has been part suspended between Acton Town and Uxbridge, while the A40 has been closed.

A man and woman who were also in the Range Rover have been taken to hospital and police said they are awaiting updates on their conditions.

Another woman, who is believed to have been in the Tesla, was treated for non-life-threatening injuries.

Andrew Wood, who lives in a block of flats next to the station, said: “It woke me up. I heard this huge bash at about half past three. I thought it was somebody breaking into one of the garages.

“The car must have smashed the fence, because behind that is the pedestrian walkway and it’s come right over that. Ten minutes after there were helicopters, it was like the Third World War.”

Nada Alobaidi, 31, who also lives in the block of flats next to the station, said: “I heard a big crash. I came outside and saw a lot of police and an ambulance as well.

“There was a lot of smoke. I didn’t see the car because it was during the night.

“The A40 can be quite dangerous around Park Royal Station. Car accidents do sometimes happen.”