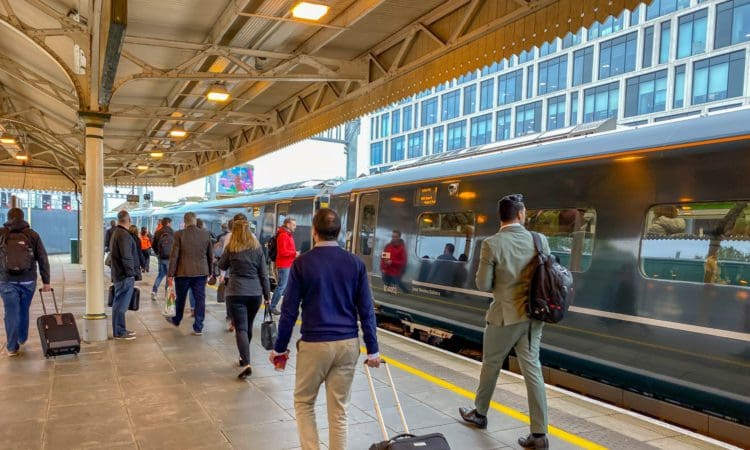 Rail passengers will suffer fresh misery on Saturday because of strikes by train drivers, with more industrial action planned in the coming weeks amid the worsening disputes over jobs, pay and conditions.

Members of Aslef at nine train companies will walk out for 24 hours, crippling large parts of the network, with some parts of the country having no services.

Football fans, tourists and holidaymakers will be among tens of thousands of passengers affected by the strikes.

Aslef will mount picket lines outside railway stations, with officials saying they expect continuing support from the public despite the impact of the action.

Mick Whelan, Aslef’s general secretary, told the PA news agency that the train companies were unable to offer a pay rise without the permission of the Department for Transport, but the Government was insisting it had nothing to do with them.

He warned that if there is no breakthrough to the long-running row soon, more strikes are likely to be called.

“We don’t want to go on strike – strikes are always a last resort – but the companies, and the Government, have forced our hand.

“We don’t want to inconvenience passengers because our friends and families use public transport too, because we believe in building trust in the railways in Britain, and because we don’t want to lose money by taking industrial action.

“The companies have said that they cannot, or will not, give our members an increase.

“They blame the Government – a result, they say, of the dodgy deals they did when the franchises were turned into management contracts – while the Government says it’s down to the train operators. So we are caught in a Catch-22 situation where each side blames the other.”

Aslef said that drivers on strike on Saturday have not had a pay increase for three years.

The union is also balloting drivers at Chiltern Railways, Northern Trains and TransPennine Express for strikes, with the results due later this month.

Steve Montgomery, chairman of the Rail Delivery Group, said: “The Aslef leadership has for the second time in as many weeks decided to impose yet more uncertainty for passengers and businesses by disrupting passengers’ weekend plans.

“My open invitation for talks with Aslef stands. The railway is too important to this country to allow decline but, with passenger numbers still 20% below pre-pandemic levels, securing a bright future means we have to adapt to attract more people back.

“We call on Aslef to come to the table, so we can fund the pay rise we want to give our people while delivering the improvements in Sunday services and greater punctuality our passengers deserve.

“While we will do all that we can to minimise disruption and to get people where they need to be, if you are going to travel on the routes affected, please plan ahead and check the latest travel advice and be aware that services may start later the morning after strikes.”

Members of the RMT and TSSA unions will strike on August 18 and 20 while industrial action will be taken on August 19 by London Underground and London bus drivers.

Meanwhile, a row continued to rage over cuts to Sunday services on Avanti West Coast, which the company and Transport Secretary Grant Shapps blamed on unofficial action by Aslef, which the union strongly denied.

A Department for Transport spokesperson said of timetable changes announced by the company: “People deserve certainty and confidence that their train will run on time, and while this move was unavoidable, it should minimise the fallout for passengers.

“This is a prime example of why we need to modernise our railways, so that passengers benefit from reliable timetables which don’t rely on the good will of drivers volunteering to work overtime in the first place.”

The Department for Transport said it was “entirely false” to claim the Government was blocking negotiations.

“We have said from the outset we urge the unions and industry to agree a deal that is fair for railway staff, passengers and taxpayers.”

The department pointed out that £16 billion was spent to keep the railway running during the height of the pandemic, adding that without that support there was a risk companies would have collapsed, and thousands of jobs could have been lost.

Rail workers have seen above average pay increases over the past decade, with their wages increasing by around 25% from £35,000 in 2011 to £44,000 in 2021, said the department, adding that rail staff pay increases must be “fair and in line with the wider public sector.”