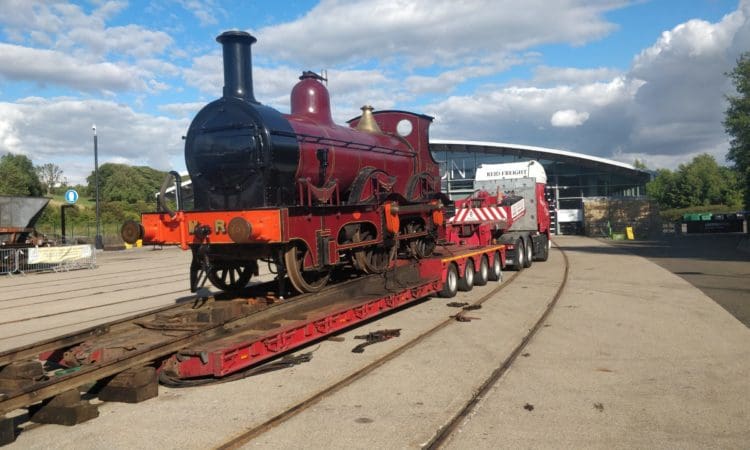 The locomotive travelled to Barrow Hill on Thursday 4 August from Locomotion in Shildon, where the engine had been receiving conservation work and asbestos remediation.

The locomotive will join three other national collection locomotives already on display at Barrow Hill: Midland Railway locomotive no.1000, GER locomotive, no.1217 and GCR, director class, No.506 Butler Henderson.

The locomotive will go on display as part of Barrow Hill’s 150+2 Celebration Gala on 26 – 28 August.

Mervyn Allcock, Barrow Hill General Manager, said: “I’m proud to see 158A arrive and it fits very well in the roundhouse where it will go on public display alongside no.1000 in time for the celebration gala. It’s the first time these engines have been brought together here for a very long time so I’m looking forward to seeing the public reaction at our event.”