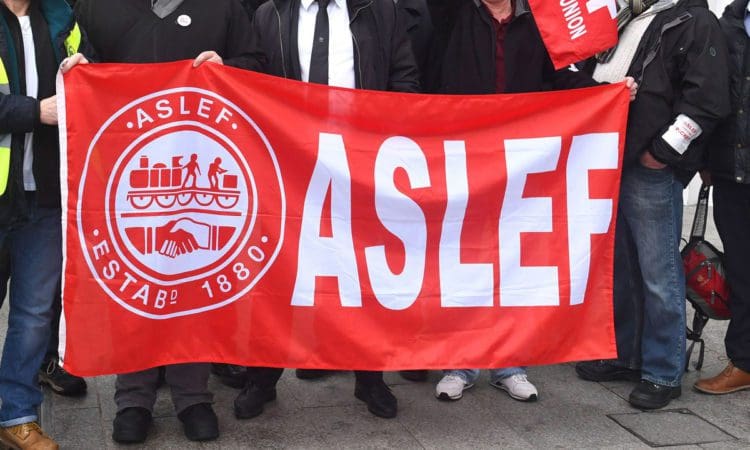 The action is in addition to a planned strike by the Rail, Maritime and Transport union (RMT) at train companies and Network Rail on July 27 and by TSSA members on Avanti West Coast on the same day.

Aslef general secretary Mick Whelan said: “We don’t want to go on strike – strikes are the result of a failure of negotiation – and this union, since I was elected general secretary in 2011, has only ever been on strike, until this year, for a handful of days.

“We don’t want to inconvenience passengers, not least because our friends and families use public transport too, and we believe in building trust in the railways in Britain, and we don’t want to lose money by going on strike.

“But we’ve been forced into this position by the train companies, driven by the Tory Government. The drivers at the companies where we are striking have had a real-terms pay cut over the last three years, since April 2019.

“These companies are offering us nothing, saying their hands have been tied by the Government. That means, in real terms, with inflation running ahead at 9%, 10%, and even 11% this year, according to which index you use, that they are being told to take a real-terms pay cut, and that is not acceptable.

“Strike action is now the only option available but we are always open to talks if the train companies, or the Government, want to talk to us and make a fair and sensible offer.”

Aslef also announced that further ballots will close at Avanti West Coast and CrossCountry on Wednesday July 27; and at Northern Trains, TransPennine Express and Transport for Wales on Thursday August 25.

The Aslef strike will take place just days after the start of the Commonwealth Games in Birmingham.

“Not only that but, by cynically orchestrating strike dates around the Commonwealth Games, it’s clear union bosses are determined to cause as much misery as possible and derail an event the whole country is looking forward to.

“Train drivers, such as those Aslef represent, earn, on average, just under £60,000 – more than twice the UK average and significantly more than the very workers who will be most impacted by these strikes despite stumping up £600 per household to keep the railway running throughout the pandemic.

“Our railway is in desperate need of modernisation to make it work better for passengers and be financially sustainable for the long term.

“I urge union bosses to reconsider this divisive action and instead work worth their employers, not against them, to agree a new way forward.”