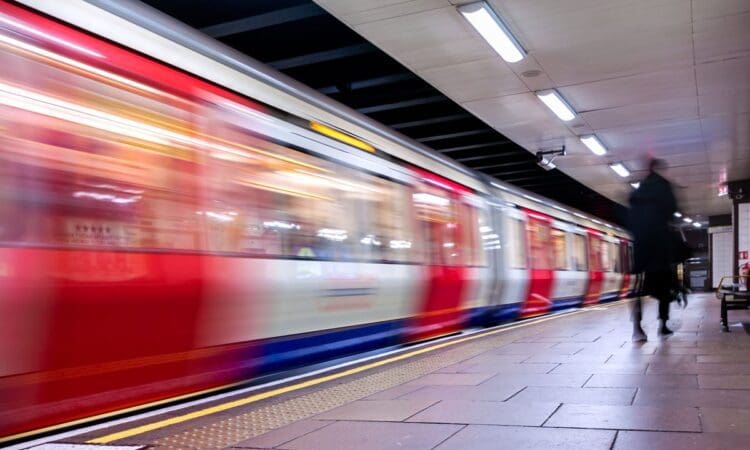 The rail strikes are to go ahead after last-ditch talks failed to resolve a bitter dispute over pay, jobs and conditions.

Thousands of members of the Rail, Maritime and Transport union (RMT) at Network Rail and 13 train operators will walk out on June 21, 23 and 25 in the biggest outbreak of industrial action on the railways for a generation.

Services across the UK will start to be affected from Monday evening, with just one in five trains running on strike days, primarily on main lines and only for around 11 hours.

Last ditch talks were held on Monday afternoon but the sides remain deadlocked over a deal.

London Underground workers are also on strike on June 21.

The RMT said the train operators have now made an offer and there is no further offer from Network Rail following one which was rejected last Friday.

General secretary Mick Lynch said: “The RMT National Executive Committee has now found both sets of proposals to be unacceptable and it is now confirmed that the strike action scheduled this week will go ahead.

“It is clear that the Tory Government, after slashing £4bn of funding from National Rail and Transport for London, has now actively prevented a settlement to this dispute.

“The rail companies have now proposed pay rates that are massively under the relevant rates of inflation, coming on top of the pay freezes of the past few years.

“At the behest of the Government, companies are also seeking to implement thousands of job cuts and have failed to give any guarantee against compulsory redundancies.”

The RMT said rail companies were “attacking” the Railway Pension Scheme and the Transport for London scheme, diluting benefits, making staff work longer and making them poorer in retirement, while having to pay increased contributions.

The union said thousands of jobs were being cut across the rail network with no guarantee of no compulsory redundancies.

Officials also claimed working practices were being changed and disputes over the role and responsibility of the guard were being restarted.

Ticket office closures were also being planned, said the RMT.

Mr Lynch added: “Faced with such an aggressive agenda of cuts to jobs, conditions, pay and pensions, RMT has no choice but to defend our members industrially to stop this race to the bottom.

“The strikes on Network Rail, the train operators and London Underground will go ahead, and we again call on our members to stand firm, support the action, mount the pickets and demonstrate their willingness to fight for workplace justice.

“The RMT supports the campaign for a square deal for all working people in the face of the cost-of-living crisis, and our current campaign is a part of that more general campaign which means that public services have to be properly funded and all workers properly paid with good conditions.”

The TUC and the Recruitment and Employment Confederation (REC) called on the Government to abandon its “unworkable” plan to lift the ban on agency workers filling in during strikes.

A joint statement from the TUC and REC said the plan was “unworkable” and they opposed it in the “strongest possible terms.“

The statement said: “Using agency staff to cover strikes will only prolong the conflict between employers and their staff. Strikes are industrial disputes within a single industry or firm.

“Government needs to step up and do the work around resolving industrial disputes rather than inserting a third party in the form of agency workers into a dispute. That does nothing to solve the underlying issues between the company and their staff.

“This will only prolong the dispute and inflame tensions. Negotiations should be the obvious priority, rather than potentially putting the safety of agency workers and company employees at risk

“The proposal is not practical. There are currently 1.3 million vacancies in the UK, a record high.

“REC data shows that the number of candidates available to fill roles has been falling at record pace for months.

“In this tight labour market, agency workers are in high demand and can pick and choose the jobs they take.

“Agency staff are very unlikely to choose a role that requires them to cross a picket line versus one that doesn’t.

“Additionally, many roles that may be on strike require technical skills or training. Training agency workers to do these jobs would be expensive and time-consuming.

“Only recently Government ministers came out to condemn what P&O Ferries did. Surely that example cannot have been forgotten so soon?”

Neil Carberry, chief executive of the REC, said: “The Government’s proposal will not work. Agency staff have a choice of roles and are highly unlikely to choose to cross picket lines.

“Agencies want the ban to stay to avoid them being pressured by clients into supplying staff in hostile and potentially dangerous situations.

“In all disputes, our aim should be to resolve conflict, not to prolong it. Inserting a different firm’s workers into the middle of a dispute can only ever inflame tensions.”

“Allowing agency staff to replace striking workers would undermine the right to strike and create genuine safety risks for the public and for the workforce.

“It would put these workers in an appalling situation, worsen disputes and poison industrial relations.

“Having repeatedly promised a high-wage economy, ministers now seem determined to reduce workers’ bargaining power and to make it harder for working people to win fair pay and conditions.

“This Government has the power to play an active role in helping to end disputes but it would rather escalate tensions and pick a fight with unions.”

Sharon Graham, general secretary of Unite, criticised the Government’s plans to allow agency workers to be hired to replace strikers.

She said: “When P&O broke the law this Government gave them a slap on the wrist – when trade unions defend pay and jobs they change the law and stoke division.

“It’s clear this Government are on the side of bad bosses.

“Many agency workers will be alarmed at the prospect of being forced to try and break lawful picket lines. They won’t want to be used as fodder for a political game.

“Unite is well prepared for all eventualities and I will not apologise for making sure that my members don’t pay for a crisis not of their making.

“This decision by the Government changes nothing.

“It’s profits not wages driving inflation and we should treat this latest nonsense designed to prop up the Prime Minister, with the disdain it deserves.”