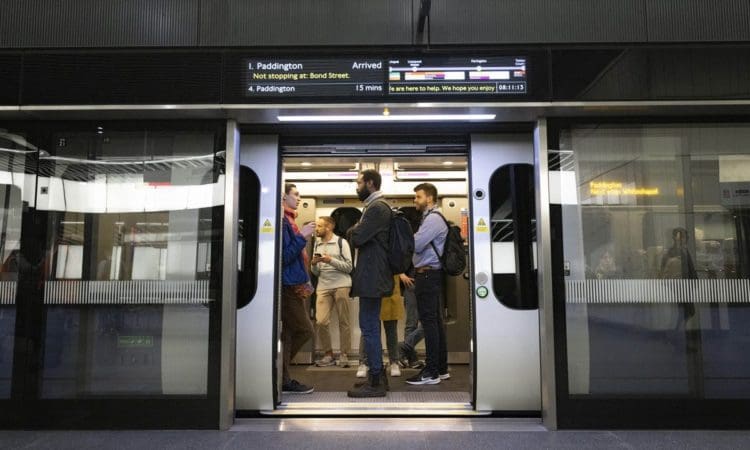 Around 130,000 people travelled on London’s £18.9 billion Elizabeth line railway in the first few hours of operation on Tuesday morning.

Hundreds of transport enthusiasts gathered at stations in Paddington, west London and Abbey Wood, south-east London to be on the first trains which departed shortly after 6.30am.

Transport for London (TfL) commissioner Andy Byford said the service was running “so far so good” and “on time”.

Paddington station was closed for around half an hour due to a fire alarm being activated.

TfL said an estimated 130,000 journeys were made up to 10am on the entire line, which stretches from Reading in Berkshire and Heathrow Airport in west London to Abbey Wood in south-east London and Shenfield in Essex.

Around 65,000 of those involved the new central section between Paddington and Abbey Wood.

Mayor of London Sadiq Khan, who travelled on the first departure from Paddington, said it was “a fantastic day”.

He told PA: “It’s been fantastic to see these amazing stations being used by members of the public. It’s one of those pinch-me moments.

“We’re experiencing an expansion of public transport in London we’ve not seen in more than 50 years.”

He added: “These trains are speedy, spacious, silent, comfortable.

“We know now they are fit for a Queen and, as importantly, fit for Londoners.”

The head of state visited Paddington last week to mark the completion of the Crossrail project to build the railway.

“Long-term investment in UK infrastructure pays off – with this project alone supporting 55,000 new jobs, 1,000 apprenticeships, and forecast to boost the UK economy by £42bn.”

The Elizabeth line initially operates in three separate sections, which are expected to be integrated in the autumn. Demand for the railway has been hit by the coronavirus pandemic.

TfL estimates that annual passenger numbers will not reach 170 million by 2026. Before the virus crisis, it expected the line to carry more than 200 million passengers annually.

The new central section, built by the Crossrail project, runs through tunnels from Paddington to Abbey Wood.

It will initially be closed on Sundays, apart from during the Platinum Jubilee weekend, to allow further testing and software updates to take place.

The final total cost has been estimated at £18.9 billion.