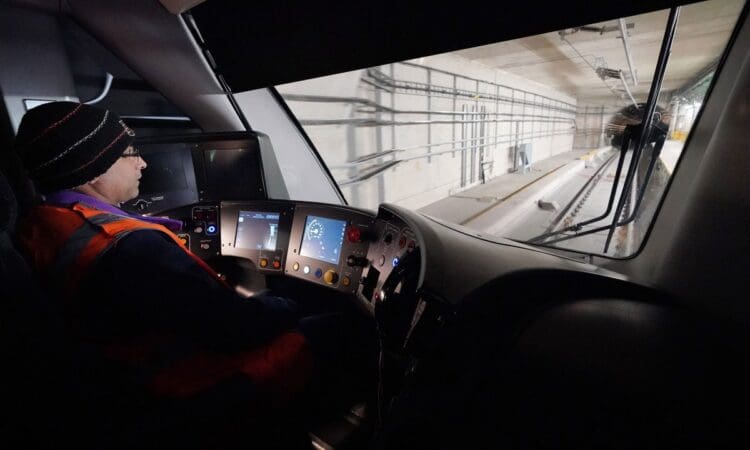 Crossrail will operate empty trains for several weeks to ensure the service is “absolutely flawless” when it opens, the boss of Transport for London (TfL) said.

Andy Byford, London’s transport commissioner, told reporters he does not want the launch of the capital’s new railway to be reminiscent of the botched opening of Heathrow’s Terminal 5.

Hundreds of flights were cancelled and tens of thousands of bags were delayed when the west London airport opened the terminal in March 2008.

Crossrail is already more than three years behind schedule, but Mr Byford is refusing to allow customers to travel until he is certain the service will run smoothly.

“Opening is one thing, opening reliably is another,” he said.

“We all remember what happened at Heathrow T5, which is a beautiful facility, but they had all sorts of problems from day one. We want this opening to be flawless, absolutely flawless.

“For that reason, even when we’re technically ready … we just want a few weeks for literally running up and down, ghost running, shadow running.

“The system must be reliable. Londoners have waited long enough. They should expect the system to perform admirably from day one.”

Mr Byford said TfL has “a date in mind” for when public services will begin but refused to be more specific than “by the end of June”, which was the previously announced timeframe.

The public will be given “several weeks’ notice”, he added.

The railway will be named the Elizabeth line once services begin.

It was planned to open in full – from Reading in Berkshire to Shenfield in Essex and Abbey Wood in south-east London – in December 2018, and was set a budget of £14.8 billion in 2010.

The railway will initially operate in three sections, with the central section between Paddington and Abbey Wood using the new tunnels. The full timetable is scheduled to launch by May 2023.

The total cost of the project has been estimated at £18.9 billion, including £5.1 billion from the Government.

Mark Wild took over as the chief executive of Crossrail in November 2018 when the project was already behind schedule and over budget.

He told the PA news agency it is “undoubtedly the most advanced railway in Europe and probably the world”.

He said it is “not a Tube line”, opting to describe it as “a new mode of transport” for London.

“This is a completely different, transformative experience,” he added.

Elizabeth line trains have been running through the tunnels for tests since May 2021.

Thousands of staff from TfL, Network Rail and other partner organisations have been taking part in exercises in recent weeks to test timetables and simulate scenarios such as evacuations from trains and stations.