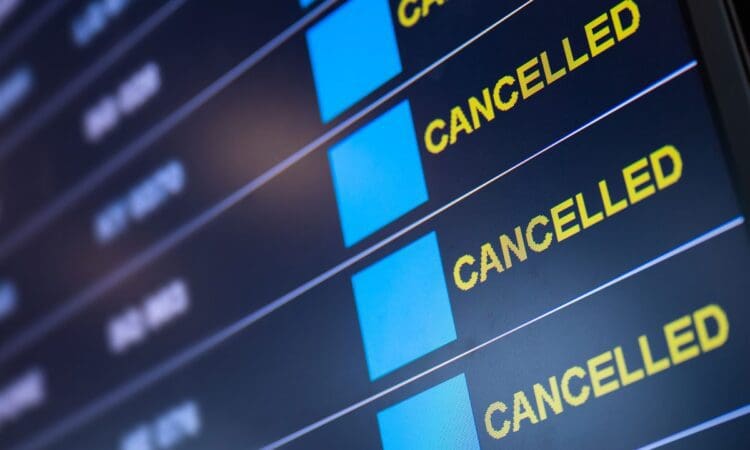 People are being urged to postpone travel plans as Storm Eunice wreaks havoc with transport networks.

Train operators across Britain have urged passengers to avoid travelling on Friday as emergency 50mph speed limits are in place in many areas.

This is to make it easier for train drivers to brake if they spot objects on the track or damage to overhead wires caused by strong winds.

No trains will operate in Wales for the entire day.

That means Great Western Railway services from London Paddington are terminating at Bristol Parkway instead of continuing to Swansea.

Transport for London urged people to avoid non-essential journeys in the capital.

A spokeswoman said: “We are doing all we can to ensure we are prepared for any impact, with extra staff ready to respond quickly to any incidents, but some services will be affected by the extreme weather.

“We are also urging Londoners to please take care if they travel around the city.”

Several bridges were closed, including the M48 Severn Bridge which links southern England and Wales, and the Britannia Bridge, which connects the island of Anglesey with mainland Wales.

At Heathrow Airport on Friday, at least 65 flights – both departures and arrivals – were cancelled and a further 114 were delayed by more than 15 minutes, according to aviation data provider FlightStats by Cirium.

At Gatwick there were 15 cancellations and 67 delayed flights.

Ferry operator P&O Ferries suspended its Dover-Calais sailings “until further notice”, and several ferry services due to sail across the Irish Sea were cancelled.