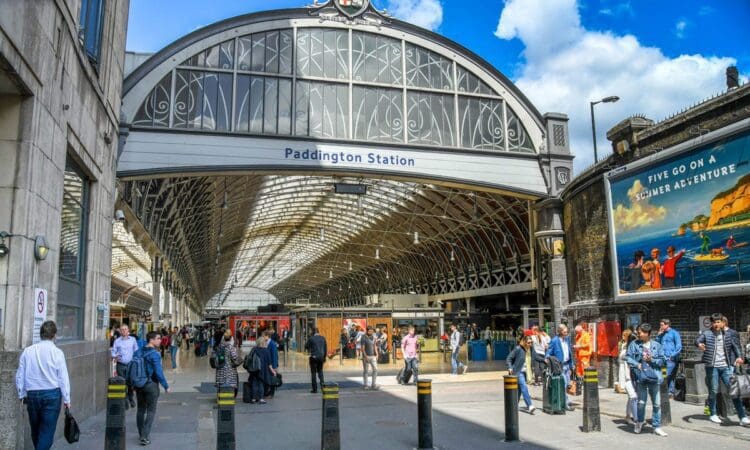 Hundreds of commuters have been stuck on trains into London during rush hour following a trackside fire and services are still severely delayed.

Trains to Paddington and Heathrow in the west of the capital were stopped for around 90 minutes just after 6:30 am and Network Rail said 70 journeys were cancelled.

Firefighters attended a rail-side blaze near Canal Way in North Kensington at 6:41 am, London Fire Brigade (LFB) has said.

An LFB spokesperson said: “We were called at 6.41 am to reports of a trackside fire at railway line near Canal Way, North Kensington.

“Some trackside switch equipment and trackside cabling were damaged by fire. There were no reports of any injuries.

“We sent one fire engine from North Kensington Station. The fire was under control by 7:40 am.”

Network Rail apologised for the disruption and warned passengers that reduced services will be running through the morning.

A spokesperson said: “Due to a lineside fire in the Ladbroke Grove area earlier this morning, services between Paddington and Maidenhead station were suspended at 6:38 am.

“Services resumed just before 8 am, though they may still be subject to residual delays. We apologise for the disruption caused to passengers’ journeys this morning.”

Routes run by Great Western Railway (GWR) and Transport for London (TfL) have been affected.

At least 12 GWR trains were cancelled and many more delayed, according to the operator’s website.