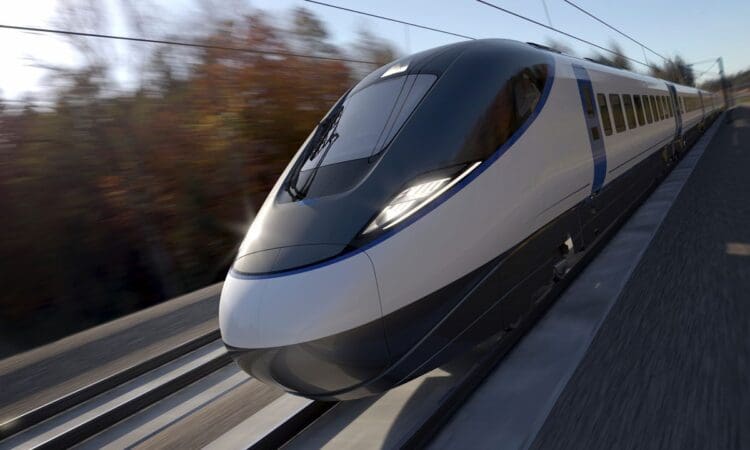 Environmental activists are planning a “national day of action” to protest against the expansion of the HS2 high-speed railway – as the Bill for the project is laid out in Parliament on Monday.

The organisations Stop HS2 North and HS2 Rebellion will be joined by other groups and individuals to raise awareness of the environmental and financial impact of phase 2 of the railway.

A Stop HS2 North spokesperson said nationwide action, events and solidarity protests will be held from midday along the line in Manchester, Birmingham, Buckinghamshire and London – with a particular focus on Birmingham and Manchester.

The spokesperson added that the Bill, which Transport Secretary Grant Shapps has called a “landmark moment”, will sanction “immense and irreversible destruction to the environment, during a climate and ecological emergency”.

The spokesperson said: “The financial costs of HS2 are now out of control, having risen from an initial £37 billion in 2009, up to £98 billion last year.

“Lord Berkeley’s review in 2019 suggested it would cost over £110 billion. The former chair of HS2, Terry Morgan, has admitted that ‘nobody knows’ what HS2’s final cost will be. Recent estimates suggest the final figure will be closer to £200 billion.

“Despite spending vast sums of public money on PR and greenwashing to try to promote HS2 as a green project, HS2’s own figures show that it will never be carbon neutral during its 120-year lifespan. The UK Government’s own strategy commits us to Net Zero by 2050. HS2 actively harms our ability to achieve that.

“People are being faced with a choice between being able to ‘heat or eat’. Meanwhile, HS2 has a blank cheque to commit terrible and irreversible ecocide. This money ought to be used to properly fund our NHS, improve local transport links, help ordinary people with the rising cost of living, and to resolve our energy crisis.”

A spokesperson from HS2 Rebellion – a co-organiser of Monday’s ‘day of action’ – added that HS2 will be an “unnecessary contributor to carbon emissions, which will shuttle a wealthy minority to new, purpose-built airport stations”.

It will also at least double capacity on those routes, the DfT said.

Extending HS2 from Crewe to Manchester was included in the Government’s £96 billion Integrated Rail Plan (IRP) published in November, although it has been part of the high-speed rail project since it was given the go-ahead by the then-coalition government in January 2012.

The IRP caused outrage among many northern leaders because it included the scrapping of HS2’s eastern leg between the East Midlands and Leeds, and also because of a failure to use new lines for the full Northern Powerhouse Rail (NPR) project boosting east-west connections.

But the Government insists the IRP will result in similar benefits from previous plans, and they will be delivered faster with better value for taxpayers’ money.

The Bill will allow HS2 tracks to be installed and new stations and junctions to be built at Manchester Piccadilly and Manchester Airport.