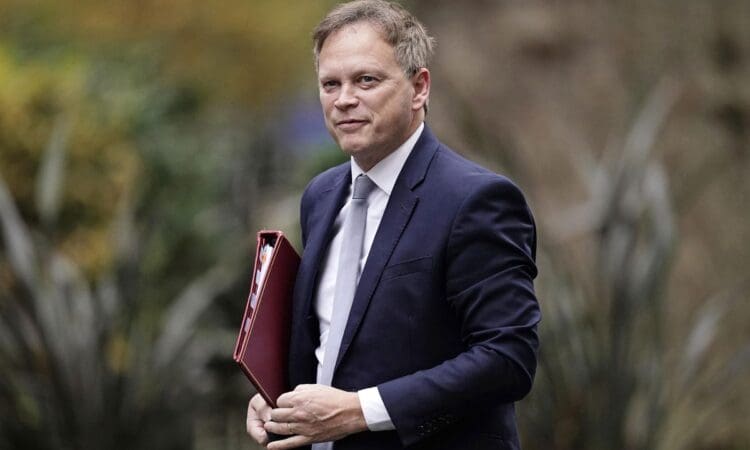 The “endless torrent” of announcements on trains will be scrapped, Transport Secretary Grant Shapps has said.

He has pledged to launch a “bonfire of the banalities” to make rail journeys in England quieter.

But a rail industry source has now told the Press Association that the Government does not control what announcements are made by operators, and it would be “crazy for it to intervene at that level”.

Labour’s shadow transport secretary, Louise Haigh, accused ministers of having “nothing to say about the Conservatives’ cost of living crisis facing passengers”.

The Department for Transport (DfT) said messages which “add unnecessary noise and disruption to journeys” will be cut.

Announcements which face the axe include those which are “banal” or “contradictory”, such as reminding passengers to have their tickets ready when leaving a station or to keep volume levels on electronic devices low while on-board messages “blare out”.

The DfT stated it will work with rail firms and passenger groups to identify which announcements can be axed.

Messages will start being removed in the coming months, it added.

This is part of the Williams-Shapps Plan for Rail, which set out major changes to Britain’s railways.

Mr Shapps said: “Train passengers are all too often plagued by an endless torrent of repeated and unnecessary announcements.

“In line with the passenger improvements we are rolling out with our Plan for Rail, we want to see improvements to the railways for those who use them day in day out.

“That’s why I’m calling for a bonfire of the banalities to bring down the number of announcements passengers are forced to sit through and make their journey that little bit more peaceful.”

Jacqueline Starr, chief executive of the Rail Delivery Group, which represents train operators, said: “We know people want the most relevant and timely messages on their journeys and to help with this, train operators are continuing their work to improve customer information, including cutting unnecessary onboard announcements.

“We’re also going further by asking customers what they want to know and using their responses to plan more useful and consistent announcements across the network, helping people have a better experience travelling by train.”

But Ms Haigh commented: “Tannoys aren’t the only thing that have fallen silent. Ministers have literally nothing to say about the Conservatives’ cost of living crisis facing passengers as they hike up rail fares this year and services are cut.

“What hard-pressed passengers want to hear more than anything else is a plan to help them.

“Labour has fully-costed measures to ease the cost of living burden and reduce energy bills, and offer security, prosperity and respect to the country.”

Mick Lynch, general secretary of the Rail, Maritime and Transport union (RMT), said: “No one ever complained about receiving too much information about rail services, and this is clearly nothing but a PR stunt by this collapsing Government.

“There’s also a real danger that if you axe announcements you axe the staff making them, and that’s very much in line with the cuts agenda we are geared up to fight.”

Clive Wood, lead regional policy and campaigns manager at charity Guide Dogs, said the proposal would cause problems for the visually impaired.

He said: “People with sight loss rely on announcements to use trains independently and with confidence, so it’s absolutely vital that accessibility comes first, or they could find themselves excluded from train travel.

“An announcement which is so-called ‘unnecessary noise’ by some might be the difference between someone taking the train confidently to visit family or friends or staying at home, so people with sight loss and other accessibility needs must be consulted and listened to as a priority.”