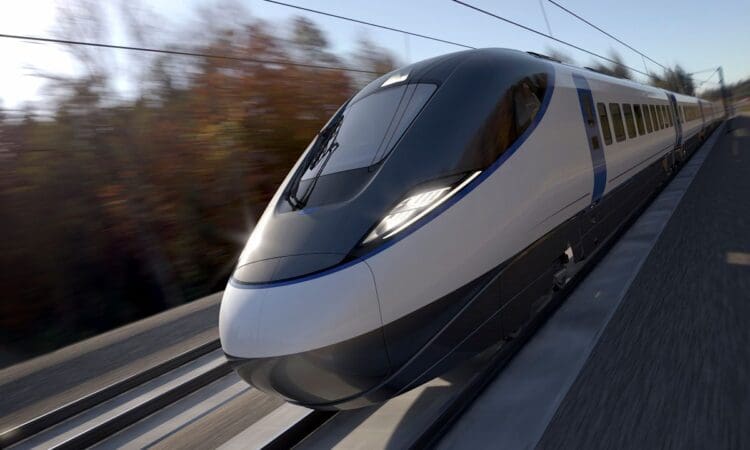 Demand for weekday rail travel in Britain has exceeded pre-pandemic levels for the first time this year.

The number of train journeys made on Monday was 55% of the normal total, according to provisional Department for Transport figures.

This is up from 38% on Tuesday January 4, the first working day of the previous week in England and Wales.

An early Roman rare wooden carved figure has been discovered during work on the HS2 project.

In July 2021 archaeologists from Infra Archaeology removed the well-preserved figure from a water-logged Roman ditch in a field in Twyford, Buckinghamshire.

As they were investigating at Three Bridge Mill, the team came across what they initially thought was a degraded piece of wood. As they continued to excavate it a humanlike, or anthropomorphic, figure was revealed. The figure, cut from a single piece of wood, stands at 67cm tall and is 18cm wide.

HS2 to be powered by zero carbon energy ‘from day one’

HS2 trains will be powered by zero carbon energy from day one of operation while supporting the government’s 2050 target to tackle climate change.

This commitment will play a key part in HS2 Ltd’s aim to make the project net zero carbon from 2035, with targets of diesel-free construction sites and major reductions in carbon emissions from the steel and concrete used to build the railway.

Plans for new £5.9m collection building go on display at Locomotion in Shildon

The public are being invited to have their say on plans for a new £5.9m collection building at Locomotion in Shildon at a free exhibition being displayed this month.

The exhibition will be on show at Locomotion between January 19-23 before the plans are submitted for planning approval later in the year.

On January 19, there will also be a face-to-face open session at the museum with members of the project team on hand to answer questions and to explain the plans. A further drop-in session will be held at Shildon Library on January 24.

12 out of 30 of SWR’s 707 fleet was due to move to the Southeastern network but, following an agreement signed between the two train companies, SWR’s lease on the units has been extended until August 2022.

The move is set to alleviate future pressure on SWR’s train capacity, which – prior to passenger numbers reducing as a result of Omicron – had been impacted by the altered Arterio introduction. SWR is waiting for manufacturer Alstom to supply a train that performs to specification and will deliver consistently better journeys for customers and colleagues. When they do, SWR will begin its extensive programme of testing, training and business mobilisation.

LONDON OVERGROUND: Monday 10 until Friday 14 January, a reduced service is operating, every 30 minutes, between Surrey Quays and New Cross. Trains will run every 5-8 minutes between Dalston Junction and Surrey Quays instead of around every 4 minutes.