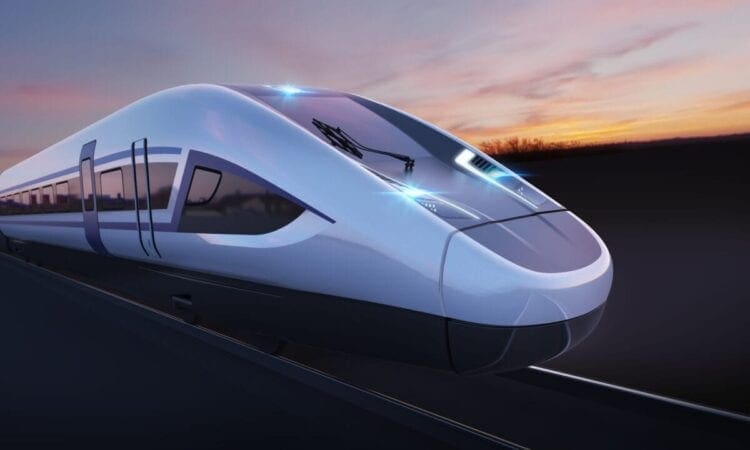 HS2 has signed a £2 billion contract with manufacturers Hitachi and Alstom to build the fastest trains ever produced in the UK.

The 225mph rolling stock will start off at Hitachi’s plant in Newton Aycliffe, County Durham, before being finished and tested at Alstom’s sites in Derby and Crewe.

The deal to build a fleet of 54 high-speed trains will support 2,500 jobs across the UK.

The project will build on the Japanese bullet train technology, as well as European high-speed network expertise, to create some of the fastest, quietest and most energy-efficient trains in the world, HS2 said.

The first stages, including vehicle body assembly and initial fit-out, will be done at Hitachi Rail’s facility at Newton Aycliffe.

The second stage of fit-out and testing will be done at Alstom’s Litchurch Lane factory in Derby.

All the bogies, which house the wheelsets, will be both assembled and maintained at Alstom’s Crewe facility.

The first train is expected to roll off the production line around 2027, and, following rigorous testing, its first passengers could be carried between two and six years later.

The trains will be able to run on the new HS2 network as well as existing lines, and will halve many journey times between major cities.

“The trains that will be built in Derby, Newton Aycliffe and Crewe will transform rail travel – offering passengers unparalleled levels of reliability, speed and comfort, and help in the fight to remove carbon from our transport system.

“I’d like to congratulate Alstom and Hitachi and we look forward to working with them to bring these exciting new trains to passengers across the UK.”

HS2’s deal with Hitachi and Alstom had been subject to a legal challenge by rival manufacturer Siemens.

It is understood that Siemens will now seek damages about the procurement process, and HS2 will “robustly” defend itself.

Transport Secretary Grant Shapps had been due to attend the contract signing ceremony at Hitachi on Thursday but pulled out because he has to self-isolate following contact with Australian Deputy Prime Minister Barnaby Joyce, who has tested positive for coronavirus.