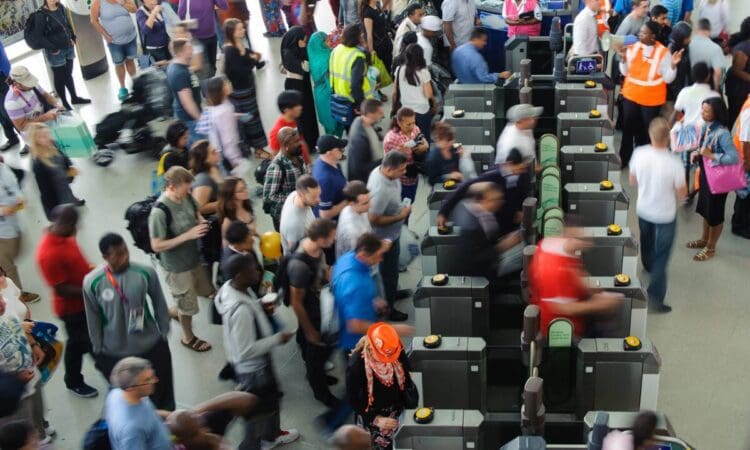 Contactless ticketing will be introduced at more than 700 railway stations in what the Government claims is an effort to “level up” the North and Midlands.

Transport Secretary Grant Shapps said passengers in these regions have “waited far too long” for the simpler ticketing system, which has been used on Transport for London (TfL) Tubes and trains since 2014.

This comes while the Government is also expected to scrap part of the HS2 plans for northern regions.

MPs expressed frustration earlier this week over reports that rail upgrade plans for the North of England are to be watered down.

Tap-in and tap-out ticketing will be introduced at 700 stations across the country including 400 in the North, the Department for Transport (DfT) has said.

As part of a £360 million investment, the DfT also aims to introduce price caps and greater integration with local bus and tram networks across the country.

Mr Shapps said: “Passengers across the North and Midlands have waited far too long to see the same fast, easy and convenient ticketing as those in London.

“We’re determined to put that right.

“Today’s investment is just the first phase of our efforts to overhaul our rail network, focused on improving journeys for passengers right across the country.”

The Government is expected to scrap the eastern leg of the HS2 high-speed rail route between the Midlands and Leeds when the Integrated Rail Plan (IRP) is published on Thursday.

There is also frustration that plans to boost east-west rail connections across the region, known as Northern Powerhouse Rail (NPR), will likely involve improvements to existing infrastructure rather than a new line between Manchester and Leeds.