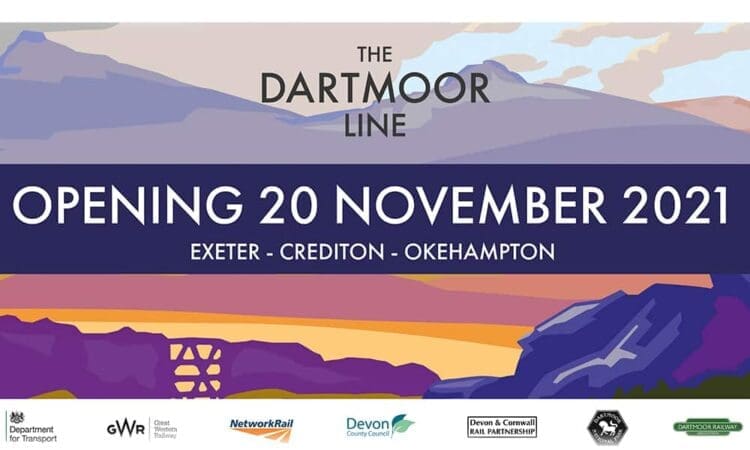 Transport Secretary Grant Shapps will dispatch the first passenger train to run on the Dartmoor Line for over 50 years.

Prime Minister Boris Johnson declared that improving transport links is “essential” to levelling up, ahead of the resumption of regular rail services on a line in Devon.

Mr Johnson said the Government is giving people “the chance to choose rail over the road” when the Dartmoor Line opens to the public on November 20.

Where will Dartmoor Line operate?

Great Western Railway trains will operate on the route between Okehampton and Exeter every two hours, seven days a week.

Regular services were withdrawn in 1972, and since 1997 the line has only been open during the summer.

The reinstatement of a year-round timetable will help students travelling to colleges in Exeter, ease journeys to Dartmoor National Park, cut road congestion and boost local economies, according to the Department for Transport (DfT).

These will be the first train services to operate as part of Government plans to reverse the decimation of the rail network following a report published by British Railways chairman Dr Richard Beeching in 1963.

He recommended the closure of more than 6,000 miles of railway and 2,300 stations due to low demand and high costs.

The Dartmoor Line was awarded £40.5 million of investment through the DfT’s Restoring Your Railway scheme.

Mr Johnson said: “Improving transport links is essential to levelling up and spreading opportunity across the country, which is why we are driving forward our pledge to reverse the Beeching cuts in Devon today.

“As we reopen the Dartmoor Line, we are rightly reconnecting communities, giving passengers the chance to choose rail over the road and travel from Exeter to Okehampton on greener, cleaner modes of transport.”

The Government has been accused of failing in its pledge to “level up” northern England due to Thursday’s expected announcement that part of the eastern leg of HS2 between Birmingham and Leeds will be scrapped.

Repairs were made to 21 structures along the route, including four bridges.

The scheme was completed just nine months after funding was confirmed and more than £10 million under budget, according to the DfT.

Transport Secretary Grant Shapps rode in the cab of a train to on the route to Okehampton on Wednesday, before dispatching another service carrying local schoolchildren, campaigners and railway staff who supported the project.

He said: “By restoring the Dartmoor Line we are undoing 50 years of damage, reconnecting a community and creating new opportunities for jobs, tourism, education and recreation.

“We have made it our mission to reverse cuts made in the Beeching era of the 1960s. The passion, nostalgia and enthusiasm for that ambition is clear right across the country.

“People love their railways, and rightly miss them when they’re gone. Today – ahead of time, and under budget – we’ve made a decisive step in fixing that, cutting the ribbon on a line and making a real difference to people’s lives.”

Michelle Handforth, Network Rail’s Wales and western regional managing director, said: “I am so proud of our engineers whose hard work and dedication has resulted in this line reopening ahead of schedule and today enable the Secretary of State, campaigners and supporters of the Dartmoor Line to enjoy a first passenger journey.”