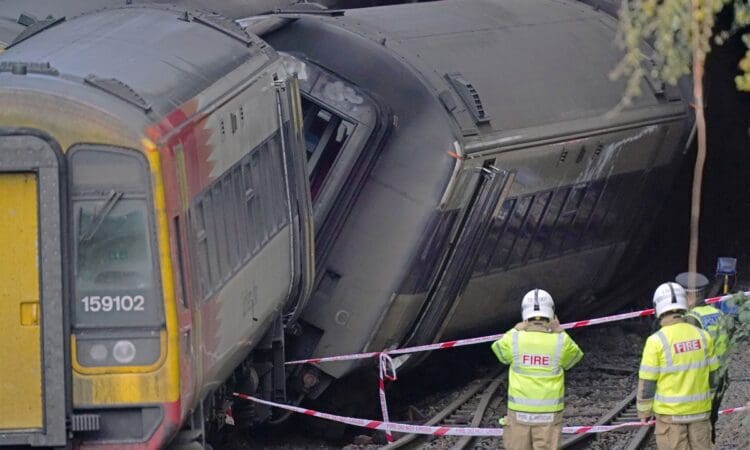 Rail services through Salisbury will fully resume 16 days after a crash involving two trains, the rail industry has announced.

A number of people were injured following a collision between two trains in Salisbury.

The line between Salisbury and Andover will reopen on November 16 once major repairs have been completed.

Work to reopen the route has involved removing five damaged carriages by crane and laying more than 900 metres of new track.

Engineers replaced three sets of points – moveable rails that allow trains to switch from one track to another – and almost 1,500 sleepers, which hold rails in the correct position.

Network Rail said it will “spend a full day” using trains which jet wash the tracks to clear “any debris or leaf mulch”.

Test trains will then run on the line before passenger services resume.

Mark Killick, Network Rail’s route director for Wessex, said: “I really appreciate how patient everyone has been with us over the past week-and-a-half, from customers who have had their journeys disrupted, to our neighbours who have had cranes outside their houses, London Road closed for a period, and people working 24 hours a day to repair the railway right in the middle of their neighbourhood.

“That work is going to continue until Monday, as we finish replacing damaged equipment and making sure the railway is fit for action again.”

What happened at Salisbury?

Investigators believe the crash happened after a South Western Railway (SWR) train approaching Salisbury’s Fisherton Tunnel failed to stop at a red signal despite braking, due to its wheels slipping on the rails.

The Rail Accident Investigation Branch said this led to it travelling 220 metres past the signal before smashing into the side of a Great Western Railway train at the point where the tracks they were on merged.

Both trains derailed and travelled into the tunnel before coming to a standstill.

The SWR train was driven by Robin Tandy, 74, who suffered what police described as “life-changing injuries”.

Thirteen passengers were treated in hospital for minor injuries.