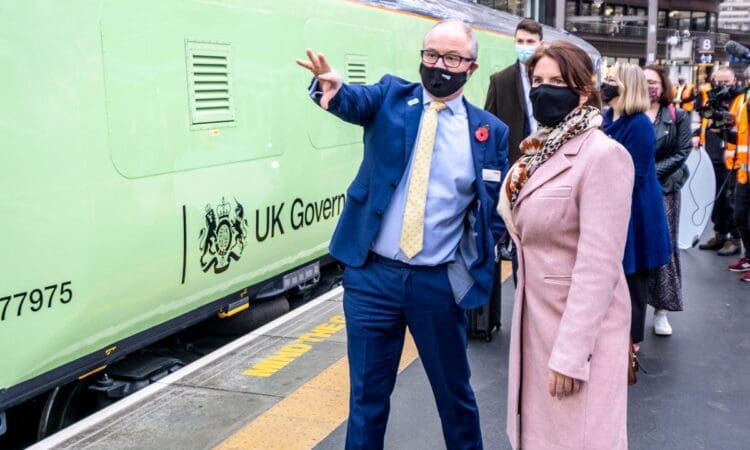 Harrison, also MP for Copeland, was joined by Haines for a tour of a Vivarail’s next-generation battery train and the Porterbrook HydroFLEX, a hydrogen-ready hybrid capable of being powered by hydrogen, battery or the overhead electric wires.

Both of these trains have been used for tours and visits during COP26 as part of Network Rail’s Green Trains at COP26.

Last year, Network Rail announced that it had become the first railway in the world to set the most ambitious level of science-based targets for reducing carbon emissions, and released the interim Traction Decarbonisation Network Strategy, outlining the further electrification of the mainline rail network and use of alternative fuel trains needed to meet those targets.

The DfT’s First of a Kind competition provided funding for the development of the technology used to on board both trains.