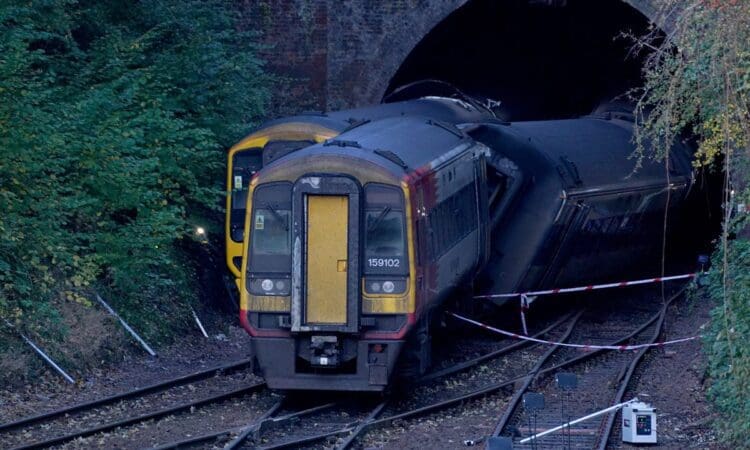 Rail operator South Western Railway has hailed the train driver involved in Sunday’s collision as impeccable and valiant as he recovers in hospital.

Responding to the Rail Accident Investigation Branch’s (RAIB) statement on the Salisbury rail incident, a South Western Railway spokesperson said: “RAIB’s statement on their initial investigation into the train collision near Salisbury on Sunday points to low adhesion between the wheels and the track as the most likely cause.

“Their early assessment shows the South Western Railway driver reacted correctly to the signals by braking to slow the train down.

“While the investigation has a long way to run, these initial findings are helpful to stop speculation and focus attention on the evidence about the likely cause of the collision.

“Our thoughts are with all those caught up in this serious accident and we will continue to cooperate fully with the relevant authorities as they continue their investigations.

A number of people were injured following a collision between two trains in Salisbury on Sunday evening.

SWR added: “We want to pay tribute to our driver who was injured on Sunday night. He is a deeply respected colleague, who has over 50 years’ experience of driving on this route and an excellent professional track record. All our drivers are regularly assessed to the highest standards and he has fully satisfied all requirements.

“Initial findings indicate that the driver acted in an impeccable way in a valiant attempt to keep his passengers safe, staying at the controls throughout. We thank him for his actions and we wish him a speedy recovery as he continues to be treated in hospital.”