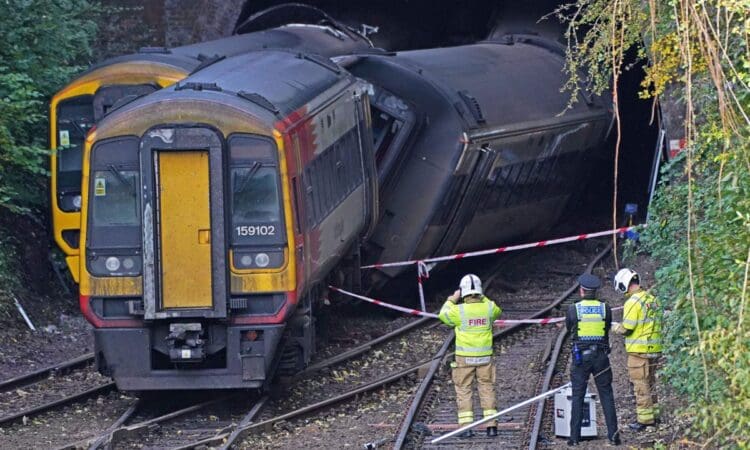 A number of people were injured following a collision between two trains in Salisbury on Sunday evening.

A train driver involved in a crash at the weekend suffered life-changing injuries.

What did the investigation find?

“The collision took place at Salisbury Tunnel Junction, which is on the immediate approach to Fisherton Tunnel, near Salisbury in Wiltshire.

“The impact of the collision caused the front two coaches of train 1L53 and the rear two coaches of train 1F30 to derail. Both trains continued some distance into Fisherton tunnel following the collision, before they came to a stop. Thirteen passengers and one member of railway staff required treatment in hospital as a result of the accident, which also caused significant damage to the trains and railway infrastructure involved.

“RAIB’s preliminary examination has found that the movement of train 1F30 across the junction was being protected from trains approaching on the Down Main line by signal SY31, which was at danger (displaying a red aspect). Train 1L53 passed this signal, while it was at danger, by around 220 metres, immediately prior to the collision occurring.

“These emergency brake demands did not prevent the train from reaching the junction, where the collision occurred. OTDR analysis indicates that wheel slide was present both when the driver applied service braking and after emergency braking was demanded. This was almost certainly a result of low adhesion between the train’s wheels and the rails.

The investigation will continue to identify the sequence of events which led to the accident and consider the following: