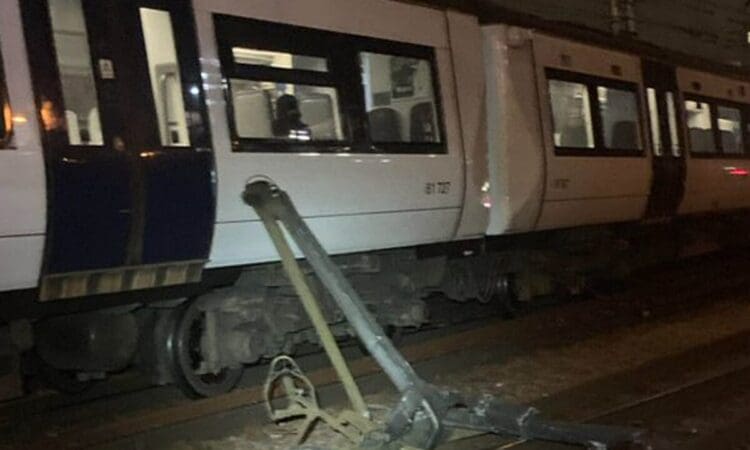 Train passengers were stranded on trains and at stations for several hours after overhead electric wires were damaged.

The problem began shortly before 7 pm on Tuesday near Cambridge, leading to several lines serving the city being blocked.

Operator Great Northern released a photograph showing a pantograph – a device mounted on train roofs to collect electricity from wires – on the ground next to a train. Another image shows loose electric wires draped over the side of a train. The firm said the power was switched off.

Passenger Colin Chang sent a tweet to Greater Anglia at 10:54 pm which read: “Was meant to get back to Cambridge North at 18:58 pm but now having to get an Uber to get there.

“Being stuck on the train for 3+ hours with bad communication is not a great look. I’ve already filed for compensation but I’m not optimistic. Ruined my day.”

Another frustrated traveller, named Lee, wrote a message to CrossCountry stating: “Can you please explain why, given that I’ve been sat on your train from Stansted to Birmingham for over three hours when it should’ve arrived at my destination almost two hours ago, I haven’t been offered the alternative of a taxi to my destination?”

The firm replied that taxis were waiting at Cambridge for passengers on his train to take them to their destinations.

Ben Connor sent a tweet to Great Northern which read: “Is there any information on when more than one or two taxis or a bus will be arriving at Royston.

“Have been here for 1.5 hours trying to get to Cambridge, there are dozens of people here stranded.”

Journeys continued to be affected on Wednesday, with disruption not expected to end until 1 pm.