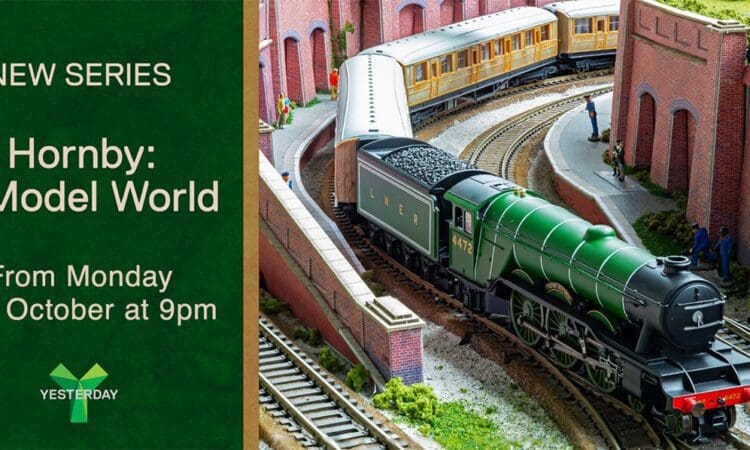 UKTV’s new series, Hornby: A Model World, showcases on Yesterday this October, with the well-known manufacturer opening its doors to reveal the lengths their designers and engineers go to create perfectly scaled down locomotives.

This new series offers viewers the opportunity to witness some of Britain’s best model layout builders, producing miniature model masterpieces across the UK.

These enthusiasts are wholeheartedly dedicated to creating detailed miniature model towns and vistas for their equally miniature locos to steam through, resulting in amazing works of art.

However, modelling isn’t just for the railway enthusiasts, but for car fans too, with creators making everything from century-old steam trains to cutting-edge sports vehicles.

Each episode will uncover the creation process from drawing board to mini scale replica, with the whole series documenting the highs and lows of the design teams’ attempts to ensure the vital details are as accurate as possible.

Episode one will follow members of the Hornby team as they go back to their illustrious past when they decide to launch a metal diecast replica of a 1940’s steam locomotive, Southern Railway Merchant Navy Pacific No.35011 General Steam Navigation.

The new 10-part series will air on Monday nights at 9 pm on Yesterday, from October 11. Every episode will be available for catch-up on UKTV Play too.