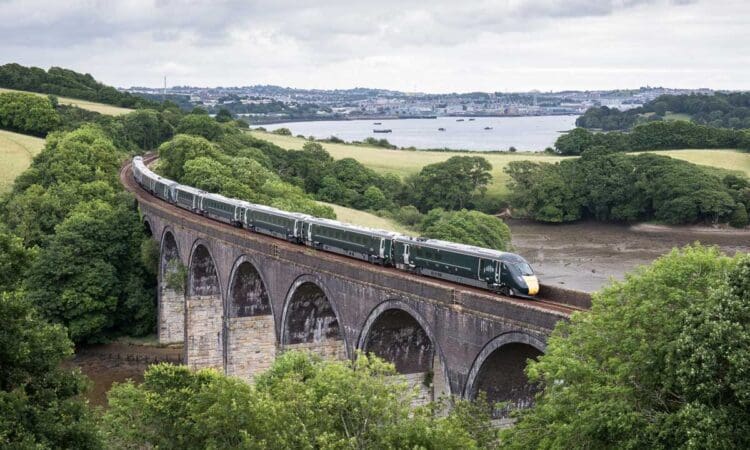 Demand for rail travel has reached two-thirds of normal levels for the first time since the beginning of the coronavirus pandemic, new figures have revealed.

Data from the Department for Transport shows the number of journeys made on the UK’s mainline rail network on August 23 was at 66% compared with the equivalent date in 2019.

This is up from 56% three weeks earlier.

Ministers urged to ‘put an end’ to HS2 doubts

Ministers have been urged by a business organisation to “put an end to any lingering uncertainty” over HS2.

There is growing speculation that plans for the eastern leg between Birmingham and Leeds could be mothballed due to Treasury concerns over costs.

The scheme provides a simplified project reference process for suppliers seeking to export their services or products overseas.

The Rail Supply Group (RSG), in partnership with the government, announced TfL is the latest significant project sponsor to provide a simplified project reference scheme for suppliers seeking to export their services or products overseas.

Over £1.8 billion spent across the south on rail upgrades

Network Rail’s Southern region has invested over £1.8 billion in the railway to support the country in its mission to ‘build back better’ so passengers can feel confident and safe when they return to travelling by train.

Even at the height of the pandemic, Network Rail was working to keep trains running for critical workers, such as NHS staff, as well as making sure thousands of tonnes of vital goods, like food, fuel and medical supplies, were transported by freight trains every day.

Since March 2020, over £660 million in Kent, £643m in Sussex and £580 million in Wessex has been invested on maintaining and upgrading the railway.

‘Winterlights’ will run in the evenings during the festive period. The new series will see 14 evening trains run with the steam locomotive and carriages lit up in Christmas lights. Festive displays along the line from Bishops Lydeard to Crowcombe will also feature.

In addition, the West Somerset Railway’s traditional Santa Express daytime services from Bishops Lydeard to Williton will run on over 10 days from early December.