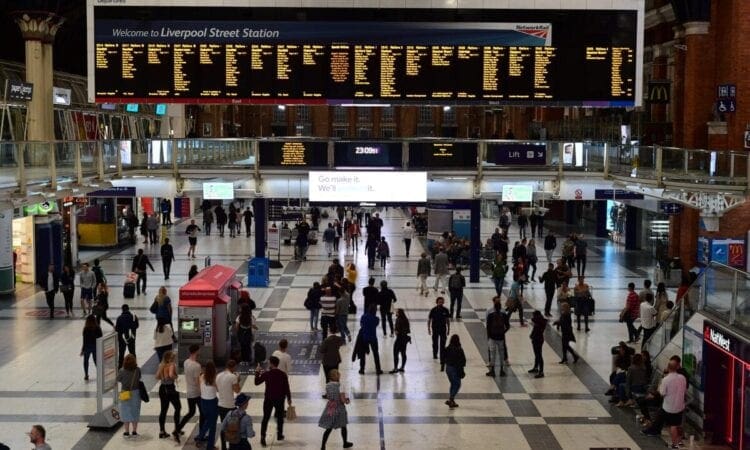 No domestic train operators will require passengers to wear face coverings on services in England from July 19, according to industry bodies.

Transport companies have the power to turn away customers who refuse to cover their noses and mouths even when the legal requirement is lifted on July 19.

On Monday, Prime Minister Boris Johnson said “we expect and recommend” that people continue to wear face coverings in “crowded and enclosed spaces … such as on public transport”.

But train industry body the Rail Delivery Group (RDG) announced that all domestic train operators, such as Avanti West Coast, TransPennine Express and Southeastern, will not go that far.

An RDG spokesman said: “Rail companies will ask people to follow the Government guidance and, out of respect for others, wear face coverings if an indoor setting is busy.

“Train travel is low-risk, with the majority of carriages well ventilated by air conditioning systems or by doors and windows.”

The Confederation of Passenger Transport (CPT), which represents major bus and coach operators such as National Express and Megabus, announced that its members will not mandate the wearing of face coverings from Monday.

A CPT spokesman said: “We expect that many people, especially in busy places, will follow the Prime Minister’s call to continue to wear a face covering as a courtesy to others.

“Passengers, though, will find it difficult to understand why the Prime Minister has singled out public transport as somewhere to wear a face covering when a range of other activities share its characteristics.

“We now need to see clear guidance for operators and customers but, in the absence of regulations, it is important that we respect everyone’s right to choose whether to wear a face covering.”