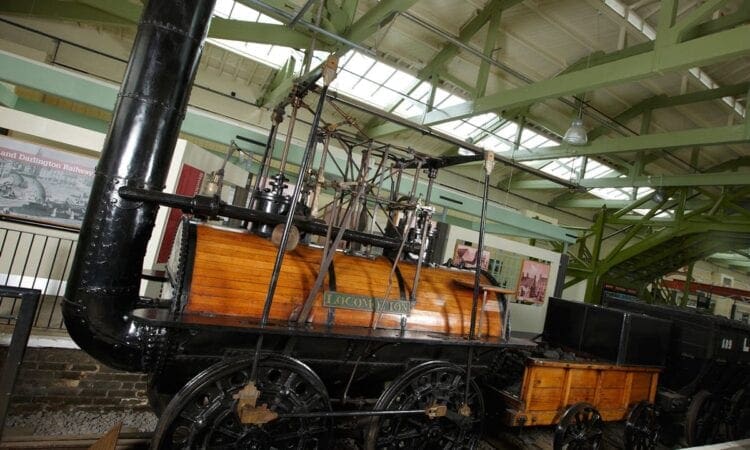 A dispute over the future home of historic engine Locomotion No.1 has been resolved.

The agreement between the Science Museum Group and Darlington Borough Council will see Locomotion No.1 move to Locomotion in Shildon in the coming weeks, but return to Darlington for six months in 2025 – the bicentenary year for the iconic Stockton & Darlington Railway.

The agreement also allows for two further loans of Locomotion No.1 to Darlington – totalling 12 months – between 2026 and 2030. Click here to see more.

A father and daughter duo of train drivers are urging more women to consider pursuing the career on International Women’s Day.

They are believed to be the only father and daughter drivers working for the same operator on the UK railway network. Click here to see more.

A passenger train has been converted into a rapid lateral flow COVID-19 testing station for railway staff.

The Southern Class 313 Coastway train stationed at platform 8 of Brighton station will be used with two other bases to test up to 1,250 workers for Govia Thameslink Railway (GTR), which operates Southern, Thameslink, Great Northern and Gatwick Express.

Mark Whitley, GTR head of safety and health, said: “One-in-three people with Covid show no symptoms. These tests are the latest in a long line of measures we’ve been taking to protect our colleagues and will help identify carriers before they have the potential to infect others. Click here to see more.

Following speculation about the Severn Valley Railway’s (SVR) stance on lineside passes for photographers and photo charters, the railway has now outlined its position.

The SVR suspended passes last year because of COVID-19, no photo charters took place last season or have been planned for the 2021 season.

The railway has now clarified its long-term position on both of these issues. In the future it will not issue any new lineside passes, or accommodate any privately-run photo charters. Click here to see more.

The derailment of a freight train in Llangennech, near Llanelli in South Wales, on August 26 last year caused a huge fire and the spillage of around 350,000 litres of diesel.

There was major concern for a wildlife conservation area and waterways when the accident happened. Click here to see more.

Rail services ramped up as schools reopen in lockdown easing

Train services have ramped up as schools and colleges reopen across England on Monday.

Other measures include extra staff providing guidance to passengers at key stations, and enhanced onboard cleaning regimes to limit the spread of coronavirus. Click here to see more.

CrossCountry – Train services are now able to run normally between Bristol Parkway and Newport.
Gatwick Express – Gatwick Express services remain suspended until further notice. Southern and Thameslink are still running to and from Gatwick Airport, and will provide journey options to both London and Brighton.
Grand Central – Following the Government decision to impose a national lockdown on 4 January 2021 and a national “Do Not Travel” recommendation, Grand Central have taken the decision to suspend their services until the end of Friday 26 March. You can find more information here.

Until Tuesday 6 April, late evening weekday trains at 2303 2333 and 0048 from Liverpool Street to Chingford will not run due to staff shortage.