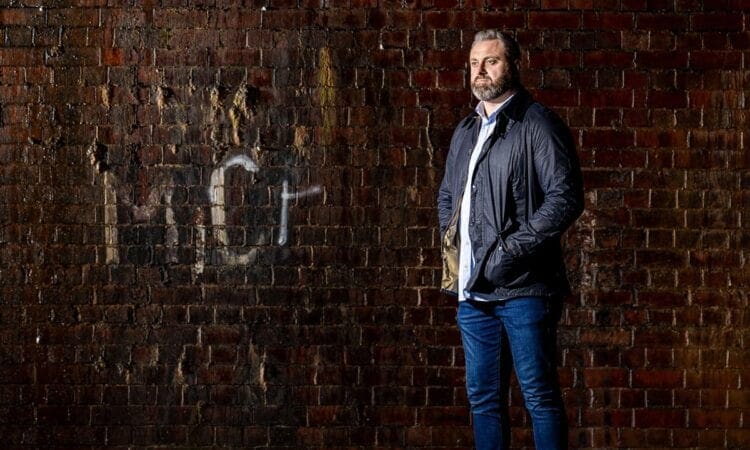 The National Railway Museum is to launch a new exhibition that celebrates the vital role played by railway key workers during the COVID-19 pandemic.

Named ‘Railway Heroes,’ the exhibition recognises the selfless achievements of 16 people from across the rail industry who have played an essential part in the country’s COVID-19 response.

From transporting vital medical supplies to setting up Nightingale hospitals and even sewing PPE, many rail workers have gone the extra mile during the pandemic as well as working to keep passengers and freight moving around the clock in their day jobs.

The exhibition will feature 16 portrait photographs from renowned photographer Charlotte Graham. The first six ‘Railway Heroes’ will star in a special online exhibition hosted on the National Railway Museum website from February 15, with new profiles added each week.

Once national lockdown restrictions are lifted, a physical exhibition featuring all 16 people will open simultaneously at the National Railway Museum in York and Locomotion in Shildon, County Durham.

Judith McNicol, Director of the National Railway Museum, said: “This exhibition is an opportunity to say ‘thank you’ to the thousands of railway key workers who have kept the country going over the last year. From delivering essential supplies and transporting NHS workers, to selfless volunteering, the stories featured in the exhibition are an inspiration and fully deserving of wider recognition.”

The exhibition showcases acts of exceptional kindness and dedication from rail workers such as Jolene Miller from Stockton-on-Tees who spent her time during the first lockdown continuing to serve passengers as a train driver for Northern, while also volunteering in her previous career as a paramedic. Despite the challenges of juggling two jobs, Jolene was able to spend lockdown driving trains one week and working on wards the next.

Also featuring in the exhibition is Penny Bond from Grantham who works for LNER. Penny organised a letter writing campaign called ‘Letter to a Friend’ as part of the LNER Reserves initiative, creating a vital lifeline for hundreds of isolated older people living in care homes who were affected by the pandemic.

Jolene and Penny were both awarded a British Empire Medal for their achievements in October 2020.

Appearing alongside Penny and Jolene in the exhibition is Gareth Mallion, OBE from Network Rail. Gareth played a lead role in creating the NHS Nightingale Hospital North West in Manchester at the start of the pandemic. Part of the NHS mobilisation plan to deal with the growing number of COVID-19 cases, the temporary hospital has up to 1,000 beds and has been an essential resource in helping to treat coronavirus patients in the area.

Andrew Haines, Network Rail chief executive, said: “Rail workers have played a vital role during the pandemic, maintaining and operating a safe and reliable railway so that key workers can continue to get to work, and keeping Britain connected by moving critical goods such as food and medicine across the country.

“Many rail workers have also gone above and beyond their day jobs over the past year – helping to set up Nightingale hospitals, donating much-needed equipment to the NHS and delivering food parcels to vulnerable people in their local communities. The National Railway Museum’s ‘Railway Heroes’ exhibition is a fitting way to recognise the outstanding efforts of railway workers in such challenging times. I am incredibly proud of their contributions to the railway and local communities.”

Hussain Master, Avanti West Coast Train Manager based at Preston, who helped to deliver hundreds of hot meals to NHS workers as part of his charitable efforts, said: “I’m so proud to be playing my part to keep our services running to allow key workers and those making essential journeys to get where they need to be, while supporting good causes in the communities we serve.

“Keeping people connected and volunteering for local charities has been so rewarding and I feel blessed to be making a difference. My story is one of many railway workers that have contributed to the UK’s response to COVID-19 and it is an honour to support the National Railway Museum’s work to recognise the role of the railway and its people, including my Avanti West Coast colleagues, during the pandemic.”

Lin Qi from Laing O’Rourke and J. Murphy joint venture said: “It was an honour to be asked to take part in the exhibition and to fly the flag for LM and the region, and I hope to inspire more young people, particularly women, to consider a career in the construction and engineering industry.

“Five years ago, I wouldn’t have imagined I’d be working in this sector, and on a project the sheer scale of HS2, but I love being part of a big team and helping to deliver this unprecedented UK railway.”

Northern train driver, Jolene Miller who features in the exhibition said: “There’s still lots of people I know working in the NHS and fighting coronavirus day in day out while I spent a few months working back in a hospital. I just wanted to use the skills I had.”

David Horne, Managing Director for LNER said: “We’re extremely proud of how the entire UK rail industry, particularly our LNER colleagues, have shown dedication and tenacity in what have been some very difficult times. Our teams have been dynamic, entrepreneurial and most importantly supportive of each other and the communities we serve.

“We’re delighted to see our colleagues Davey Glover and Penny Bond have been recognised in The Railway Heroes exhibition for their extraordinary and selfless contributions to their communities since March 2020, which have personified our LNER values.”

The exhibition features workers from a range of roles and regions and includes recipients of two British Empire Medals (BEM), an OBE and an MBE.

To see the first profiles from the exhibition, visit: railwaymuseum.org.uk/whats-on/railway-heroes