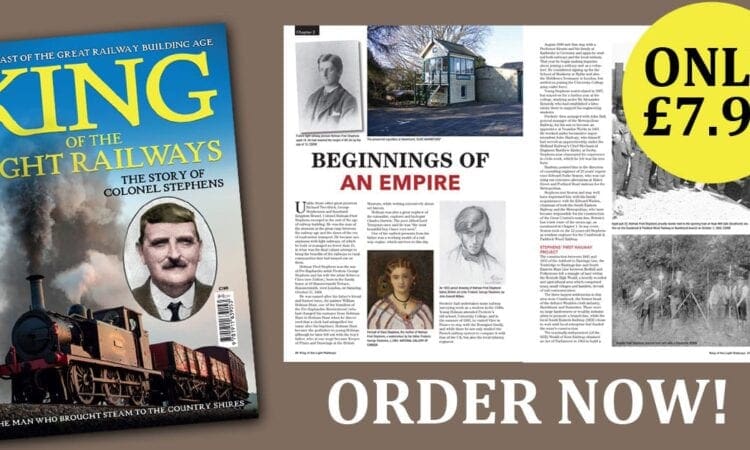 The life and work of an ingenious engineer who inspired Britain’s preserved railway sector is celebrated in a new publication written by Heritage Railway magazine editor Robin Jones.

King of the Light Railways – The Story of Colonel Stephens, published by Mortons Media Group, is available to order for just £7.99 from www.classicmagazines.co.uk