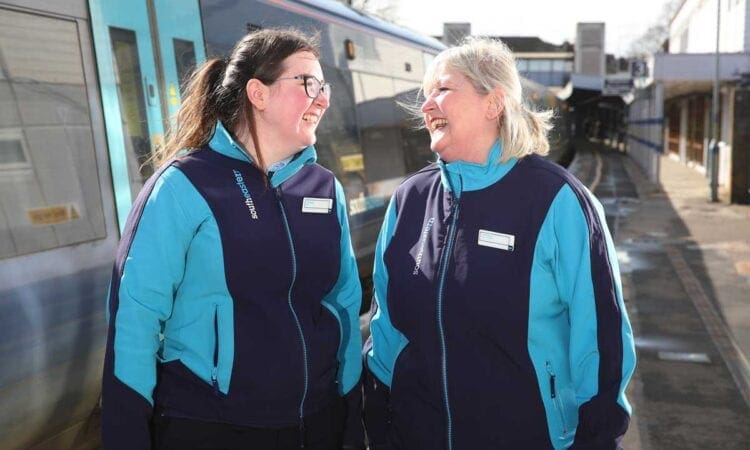 A mother and daughter train driving duo will celebrate Mother’s Day on the rail network.

Trainee drivers Cynthia and Vicki McCarry work and learn alongside each other at Gillingham station, Kent.

Operator Southeastern said they are the first mother and daughter drivers to train together at the company.

A 2019 study commissioned by trade union Aslef found just 6.5% of train drivers in Britain were women.

Cynthia, 60, has held a variety of roles at Southeastern since 2003, including being a member of platform staff, working in the ticket office and as a train manager.

She started her training to become a driver in August last year.

Her daughter, 30, joined Southeastern in 2012 and worked as a passenger host and train manager before beginning her driver training in September 2020.

Cynthia said: “I’m really enjoying training to be a driver and to do it alongside Vicki makes it even more special.

“I’m immensely proud of her and humbled to see her following in my footsteps to take on a lifelong career in rail.

“We’re a very close-knit family with my other daughter’s husband also working for Southeastern at Ebbsfleet and Stratford, so doing this training together just gives us more to talk about around the dinner table.”

Vicki said: “As a new mum, I’m proof that anyone can apply to be a train driver, no matter their family commitments or background.

“The flexible shift work means my mum and I can share childcare responsibilities, all while working hard at our training.

“We are able to arrange it so we can work opposite shifts and there is always someone there for the family, so it’s worked out perfectly.”