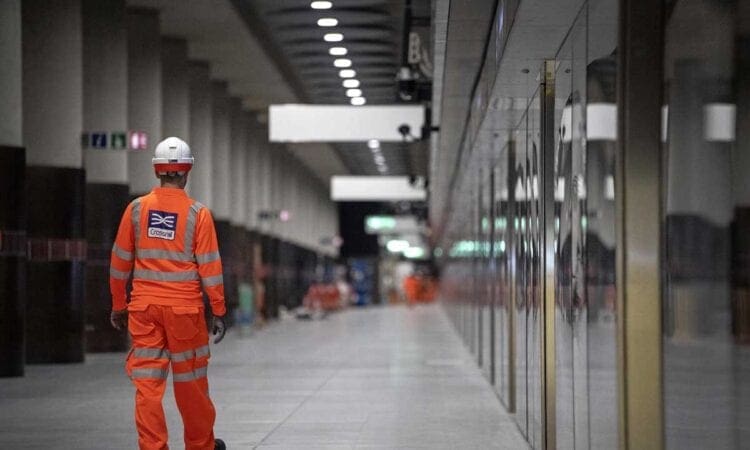 A “forensic focus” is required to complete Crossrail within its revised budget and timescale, an inquiry has found.

In a report, the London Assembly Transport Committee urged Transport for London (TfL) and mayor Sadiq Khan to ensure “past mistakes are not repeated”.

It recommends they keep a tight grasp on the project’s leadership structures and financial stability.

Management and governance of the scheme was transferred from Crossrail Ltd to TfL – chaired by Mr Khan – in October 2020.

The Transport Committee expressed concern that there may not be “enough resources or the right level of expertise” to successfully complete its final phases, such as safety assurance activities and technical processes.

The railway will be known as the Elizabeth Line once it opens, with services running from Reading and Heathrow in the west to Shenfield and Abbey Wood in the east, via central London.

But the project has suffered from problems in a number of areas, including construction work and signalling systems.

It is due to partially open in the first half of 2022, although TfL commissioner Andy Byford has reportedly set an internal target of running services before the end of this year.

The railway was given £825 million more Government funding in the form of a loan in December 2020, taking its budget up to £18.6 billion.

Alison Moore, who chairs the Transport Committee, said: “Now that Crossrail has been handed over to the mayor and TfL to deliver, it is vital that they adopt a Sherlock-style forensic focus to make sure no aspect of delivering the project on time and on budget is missed.

“COVID-19 has understandably put increased financial and staff pressures on Crossrail opening the Elizabeth Line. However there are aspects to delivering Crossrail, such as supporting employees’ workloads and better forecasting project delays, that can contribute to delivering as promised.”

She said it is “imperative” the Elizabeth Line is “up and running as soon as possible”, adding: “Londoners need assurance that they will be no further out of pocket and the train will be on the track by summer next year.”