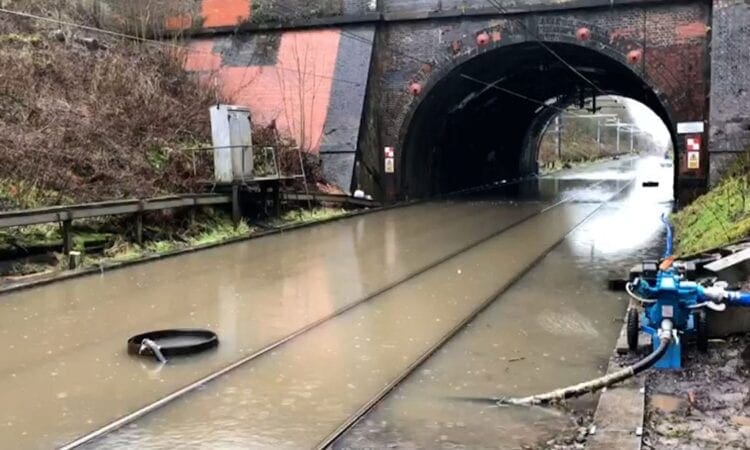 Network Rail helicopter footage shows the impact that flood waters caused by Storm Christoph have had across the North West’s railway network.

Thankfully, initial signs show that railway lines left submerged in over the past week in Cheshire, Lancashire, Merseyside and Cumbria have little or no lasting damage after the storms.

The Network Rail Air Operations team carried out sky-high inspections of the track on the West Coast Main Line and other key rail routes around the North West.

Much of the railway network is now open to trains as normal.

“We invest tens of millions of pounds making the railway more robust so it can cope when extreme weather events like this happen. It seems this preparation work on the ground has paid off – proven by today’s helicopter inspections from the skies and other aerial photos taken by drones in recent days.”

With snow and ice forecast over the weekend there may be further travel disruption.

Passengers who still need to travel by train during this period of national lockdown to stop the spread of COVID-19 are being advised to check www.nationalrail.co.uk for the latest weather updates.