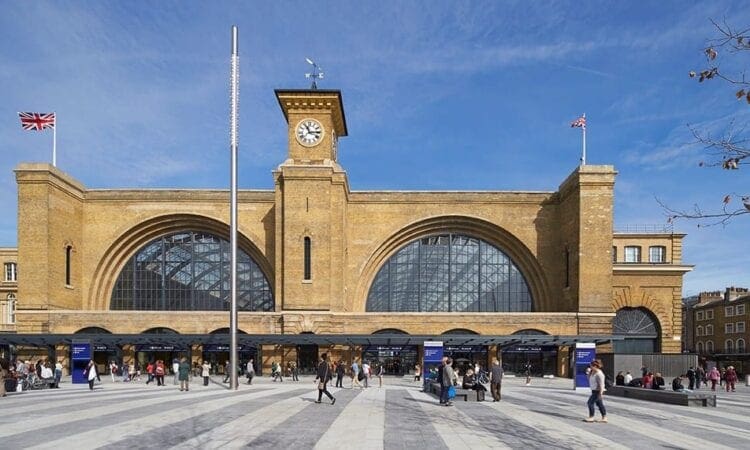 The rich history of one of the most iconic and well-known railway stations in the world, King’s Cross, will be told in a new documentary which airs on Channel 5 tonight (Monday, 9 November).

King’s Cross Station: Then & Now unravels the 170-year history of the Grade I listed transport hub, from its construction and opening in the mid-1800s to the major interchange which we see today.

The episode explores how the station and the route it sits on, the East Coast Main Line, transformed rail travel between London and Edinburgh and delves into the history of Flying Scotsman and its launch from King’s Cross station in the 1920s.

The programme details changes throughout the wider King’s Cross area, as well as showcasing the expansion and redevelopment of the main station concourse ahead of the London 2012 Olympic Games.

Paul Rutter, Route Director for Network Rail’s East Coast Route and features in the documentary, said: “King’s Cross railway station has a rich history which deserves to be told.

“The journey which the station has been on since its construction all those years ago is truly fascinating and our teams are working hard to make sure it continues to thrive in years to come.

“It was great to have been involved in the making of this documentary. I look forward to tuning in and I’d encourage all railway and history fans to do the same.”

King’s Cross station is the southern terminus of the East Coast Main Line, which Network Rail is currently investing £1.2billion into. The East Coast Upgrade will see a disused railway tunnel on the approach to the station reopened, allowing more tracks in and out of the station. Work has also taken place to build a new platform at Stevenage and construction of a new section of railway at Werrington, near Peterborough continues. The project is the biggest upgrade in a generation and will mean quicker, more frequent and more reliable journeys for passengers.